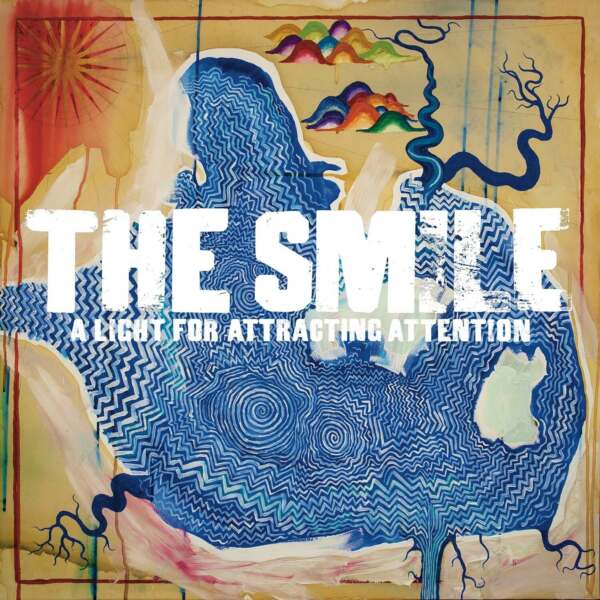 Jonny Greenwood’s eerily hypnotic orchestrations for film soundtracks. Thom Yorke’s excursions into glitchy electronic abstractions. Projects by Ed O’Brien (as EOB) and Philip Selway that hark back to the simpler verse/chorus days of the mid-90s. So far, extracurricular activities by members of Radiohead have maintained a polite distance from the present-day concerns of the day job.

It wouldn’t be that hard to mistake A Light For Attracting Attention for the long-awaited follow-up to 2016’s A Moon Shaped Pool, however. What’s more, it would be a worthy successor, too.

A trio comprising of Yorke, Greenwood and Sons of Kemet drummer Tom Skinner, The Smile appeared unexpectedly for a brief set during the 2021 Glastonbury live stream. Yorke pointed out that the band name referred to the rehearsed grin of a professional liar rather than a smile of joy or delight. Appropriately against this backdrop, then, and very much on brand for Yorke, anger and dismay at a world where the scum keeps floating to the surface again and again provides the album’s signature mood.

The first Smile track to be released, the raging “You Will Never Work in Television Again” is a foaming-at-the-mouth rant at a sleazy (ab)user that wouldn’t sound totally out of place amongst the noisier endeavors of Radiohead’s earlier days, were it not for blasts of disjointed brass and a claustrophobic sound sculpted by producer (and unofficial sixth Radiohead member) Nigel Godrich. The track’s ricocheting post-punk convulsions (executed more memorably on “We Don’t Know What Tomorrow Brings”) belong amongst the album’s least interesting moments.

Driven by Skinner’s agile, superhumanly nimble drum patterns, the rubbery subterranean funk of “The Opposite” and the sensual, vaguely Can-esque slow-burn of “The Smoke” – both comprised of little more than drums, bass and Greenwood’s unmistakably textured guitar, with bursts of brass and dub-influenced echo chamber action – are much more in line with the USP for A Light For Attracting Attention.

At times like these, it’s easy to differentiate The Smile from Yorke and Greenwood’s ‘day job’. This becomes more challenging when faced with a handful capital-S songs, some of which have been loitering on the twilit edges of the unreleased Radiohead catalogue for years.

“The Same” occupies similar minimalist territory to Kid A opener “Everything In Its Right Place”, but with that track’s abstract unease replaced by an appeal for understanding: ‘’We are all the same’’, Yorke (on impressively versatile and expressive vocal form throughout) pleads, adding a desperate “please” to accentuate the message. “Free In The Knowledge” is a truly heavenly ballad in the mold of “True Love Waits” or even “Fake Plastic Trees”, with a call of togetherness (‘’but if we’re together/well then, who knows?’’) that offers an unexpectedly moving breather from the angst in abundance elsewhere, as well as proving that Yorke can out-emote the legions of lesser songwriters watering down the formative Radiohead formula when it comes to warily optimistic heartache-meets-hope.