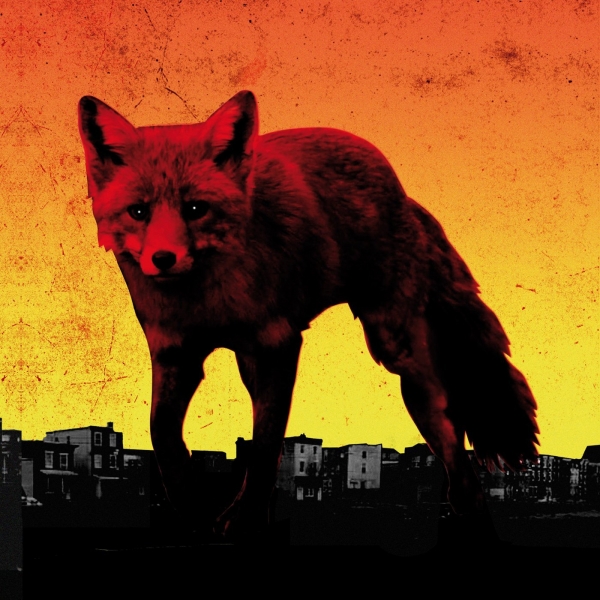 In a recent interview with The Guardian, Liam Howlett bemoaned the lack of praise and recognition his band The Prodigy has received over the years, somehow managing to make a connection between The Clash, Blur, Oasis and themselves.

Ok, let's break this down a bit: The Clash - not a cat in hell’s chance. As for Blur, it’s an obvious no, isn’t it? But there is a very clear connection with Oasis. Like Oasis, The Prodigy have spent the best part of two decades trying to chase the rush of their first three albums, each one becoming slightly less essential than the one that preceded it.

Let's not forget that The Prodigy are absolutely pivotal to the acceptance of electronics by rock acts, the likes of “Their Law” from second album Songs For The Jilted Generation is an absolute year zero in that respect. The transmutation of these styles is very much down to these guys (alongside Underworld), but they’ve done that now, and each time they return, it becomes more clear that instead of any attempts to push any kind of sonic boundaries or contemporising the sound, their work has more to do with freshening their money-making live show.

When fourth album Always Outnumbered, Never Outgunned appeared in 2004, Howlett - without Keith Flint and Maxim by his side - made a valiant attempt at fucking with the formula, and despite its critical mauling and lack of commercial success, it came up with “Girls” and “Hotride”, two of their best tracks. The relative lack of success has had Howlett rushing back to his comfort blanket of noise.

There are attempts at change. Martina Topley Bird’s smoky vocals open the album with the title track, but her voice doesn’t fit the barrage of wonk wonk sound. Jason Williamson of Sleaford Mods makes an unwelcome appearance on the bargain bin rave of “Ibiza”, a truly dreadful rant against the new-‘superstar DJs’ that they’ve surely never seen (typical lyric: “Ibeefa / Ready mix / What’s he fucking doing? “ -  What the hell is this? Kevin and Perry Go Large Pt 2?).

Elsewhere, familiarity soon sets in. “Wild Frontier” copies acts that have made a career out of nicking their template - Skrillex, The Dirtyphonics, Noisia, and the appalling musical cold sores that were Pendulum -  but somehow manages to get it wrong. Lead single “Nasty” is some kind of embarrassing retake of The Shamen’s “Ebeneezer Goode”: “Nasty Nasty/Triple X-rated” and “Rok-weiler”, (ha, yeah, geddit?), takes the kind of ear shredding EDM riff that clutters up the Beatport Top 100 and makes an unlistenable piece of hollow rage.

It’s not all bad. “Rhythm Bomb” takes their sound right back to the Experience days to provide a proper moment of sweaty gurn. Kicked by a pounding 4/4 beat and led by the vocal sample “I need rhythm to make my body move” of rave classic “I Need A Rhythm” by The 28th Street Crew, clattering hip hop breaks and synths that sound like guitars, make for a classic moment, and the only moment TDIME really gets going.  The Maxim-led (not enough Maxim on this album) “Roadblox” is another moment where everything manages to come together: wobbling dubstep bass and pounding break beats, the kind of track that works so well at 3AM at Arcadia, while the spooked out “Invisible Sun” cuts back the layers of bullshit and slows the pace down to come up with a creeped out piece of Timbaland-era thrill.

There are several issues here. Howlett’s refusal to veer from the template means it’s a formulaic listen, and the noisy blasts throughout are pretty gratuitous. Noise can be totally exhilarating; see recent albums by Hookworms, Spectres or the forthcoming Blanck Noise long player to see how something of beauty can come from something nasty (NARRRSTY!). Here, we just have noise.

Alongside this, Keith Flint’s posturing - which even back in the Nineties was taken with a bath full of salt  - is now no more than being confronted by the local past it hard nut in a rough pub, who through wafts of hate breath mixed with Golden Virginia-tinged halitosis tells you how dangerous he is, twenty five years down the line Flint still insists on telling us either he/us/we/shit in general is dangerous. We know, Keith. On the closer “Wall Of Death” he spits “Fuck this and fuck the cash/fuck you and your heart attack”, a sad state of lyrical affairs from someone with 25 years of experience.

We were promised an album of violent thrills, but we just have The Prodigy on auto-pilot here. The day is their enemy? On this showing they should have stayed in bed.