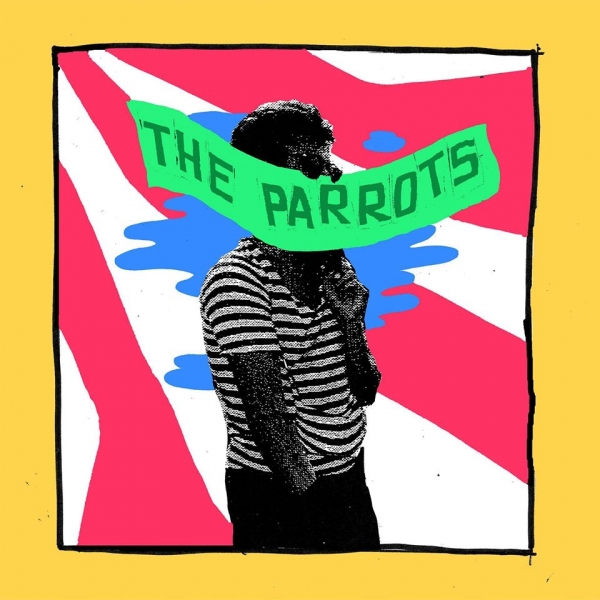 Written in a haze of intoxication and elation, The Parrots’ debut EP is a prefect score to the reckless nights you wish that you’d had.

Resplendent refrains and rolling percussion mask paranoid lyrics in a maze of tireless energy and chaos. With Weed For The Parrots the garage punk trio run wild, transporting you through a world of their own making - and there’s nothing quite like it.

From the opening howls of "Terror", the EP bounds with a spirit that doesn't tire once. The (almost) one and a half minute introduction sees itself in with ricocheting guitar riffs and characteristically squawking vocals, until a chiming guitar solo calls the motion to an abrupt standstill. As wayward as they want to be, The Parrots play by no ones rules but their own.

Combining elements of raw rock and roll with DIY aesthetics, the Madrid three-piece carve out a sound that's unprecedented in the best of ways. The punk rock reminiscent "White Fang" boasts a searing guitar solo and enough squawking hooks to have even the sternest of listeners ensnared. A cover of The Almighty Defenders' "All My Loving" is the band at their most rabid. Call and response vocals ignite with a brawling spontaneity, rhythmic refrains springing left, right, and centre to power the track from its very core.

Lead EP track "I'm Not Alone" gives a nod towards the spaghetti westerns of old. Twanging guitars and layered chorus vocals paint an echoingly luscious backdrop to Diego Garcia's raw cries. EP centrepiece "To The People Who Showed Me Their Love Whilst I Was Here" takes a step further into the wild wild west. Cavernous guitars scorch with a hypnotic intensity, drumbeats hammering home through a melodically meandering bassline and scorching vocal chants. "We have a ride to have fun, take it now while you can" Garcia crows, inspiring amidst the blissed-out daze.

The Parrots have drawn a lot of attention with their chaotic sound and wild sense of humour. Bold, brash, and blazing, their debut EP is the sound of a band that cannot be tamed. As with anything you love, when they run free there's nothing more spectacular.