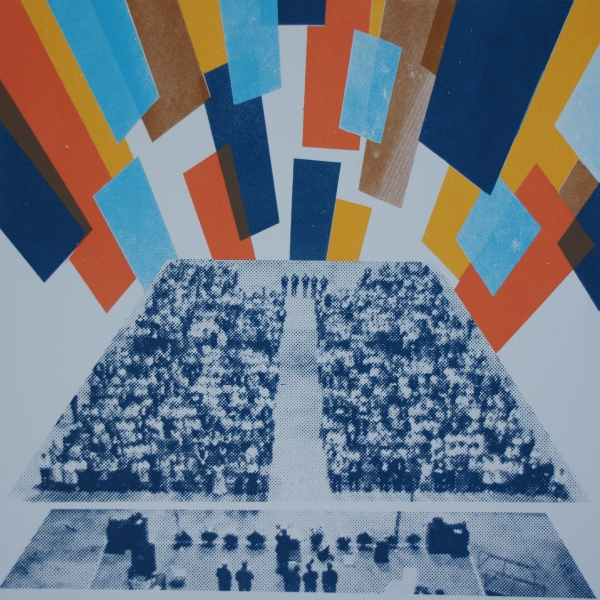 In the time between The Devil, You + Me (2008) and last year’s Sub Pop-debut Close to the Glass, the members of German plinkerpop quartet The Notwist have focused largely on solo projects. However, they also recorded a number of instrumental pieces for various film/theatre projects and radio plays. These have now been collected as Messier Objects, a soothing array of soundscapes and instrumental mood swings ranging from the blissfully atmospheric to the dismally melodic.

The collection features 17 tracks: 16 "Objects" that have been titled numerically with a piece titled "Das Spiel ist aus" wedged between numbers 15 and 16 (which seems odd at first, but makes perfect sense upon hearing the calming, lullaby-ish nature of "Object 16"). These pieces are entirely instrumental save for a select few vocal samples, and each clocks in, roughly, between two and four minutes — except, of course, for "Das Spiel ist aus," a clear outlier both in its title and its 13-minute playtime.

Messier Objects' accompanying press release was rather ambiguous as to what theatre projects and radio plays these individual compositions once accompanied (or perhaps continue to accompany), and some preliminary "Google fu" left me mostly directionless (save for an English-less link to the radio play's podcast, titled "Abschied von den Eltern"). But the compositions themselves hint at tales of mesmerizing darkness through artfully discordant panning and dissonant, twinkling blips of industrial instrumentation. It seems likely that many groupings of these tracks are pulled, in sequence, from a greater whole — be they from the same or subsequent productions — as several of the "Objects" transition quite seamlessly into one another without so much as a break in rhythm.

These "Objects" seem to transcend space and time as their moods and tones swing between various time periods and regional influence. Objects 4, 11, 13 and 15, for instance, all have a distinctly Middle Eastern/North African feel to them. And while the majority of these compositions serve more as lofty atmospherics than attention-grabbing conceits, Messier Objects is not without melody, with Objects 3, 5, 6, 11, 15, and 16 all shifting between various degrees of melodic focus.

Note the inclusion of "Object 11" in both of those shortlists — that piece in particular seems to boil the whole of Messier Objects down to one 3:45 composition with its distinctly Eastern feel, shifting rhythms and constant caustic blend of attention-grabbing melody and static ambiance. The following "Object 12" — with its odd union of jazzy melody and the industrial chaos of tinny tom and bass tets — seems to make "11" stand out all the more for its shift away from the ominous background dirges that comprise the bulk of Messier Objects.

Albeit somewhat of an esoteric release in a longstanding band's ever expanding back- and side-catalogue, Messier Objects pays solemn homage to The Notwist's lavish electro-pop output. Though it would take a rather strange mood on one beguilingly off-kilter evening to choose a spin of Messier Objects over the band's 2002 masterpiece Neon Golden, these compositions give an insightful look into what has always lingered beneath the pop element of The Notwist. The absence of emphasis on melody and choral bliss further highlights the technical synergy that lay scenically in the background of their prior albums. If nothing else, Messier Objects is a proper reminder of the beneath-the-surface merits of The Notwist's compositional talents.