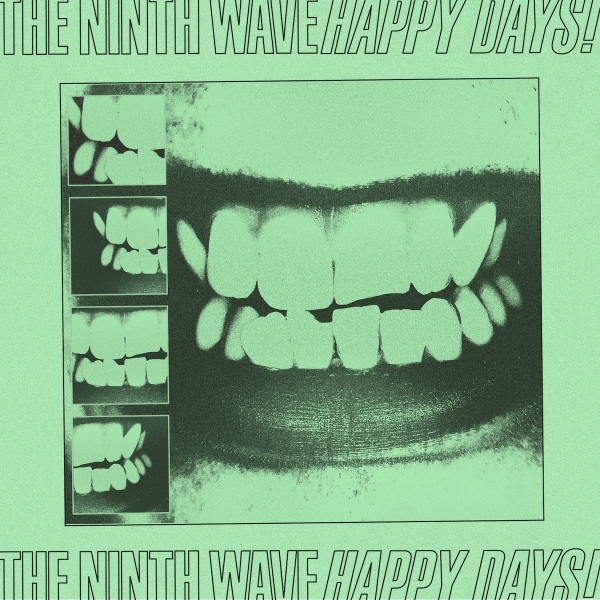 Glaswegian rockers, The Ninth Wave are back to defy boundaries and blur the lines of genre with their new EP Happy Days!

Following on from the release of their AIM Award nominated debut album Infancy, the quartet build upon this momentum, creating a musical canvas of industrial beats layered with electronic synths and dream pop soundscapes. Sounds a little crazy, right? Well, it is but it definitely works.

Produced by The Horrors frontman, Faris Badwan, this EP encompasses an abundance of sounds and ideas that Badwan streamlines into six raw and revealing tracks. An air of vulnerability lingers throughout the EP, an unshakeable feeling that is created through the straight to the point songwriting.

This direct approach to songwriting is evident on the lead single “I’m Only Going To Hurt You.” The bleak undertones of the lyrics complement the dark vocal performance of Haydn Park-Patterson. Yet, the vocals completely juxtapose with the pulsating synths and driving bassline, ultimately creating a track that is reminiscent of both Joy Division and New Order. A standout track with an earworm of a chorus.

“Abattoir” strips the music of layered synths as Millie Kidd’s soft croons are complemented by a piano, the sparse instrumentation allowing the spotlight to be placed on the pained lyrics and beautiful vocal delivery. Kidd’s vocals are interwoven with Park-Patterson’s during the chorus, adding another dimension to the track.

“There Is Nothing I Hate More Than Small Talk” deals with the topic of mental health and how important it is to speak with someone that you trust. This energy builds over the three and a half minutes before exploding with raw emotion as Kidd cries “I can’t get inside your head / I can’t tell myself it’s not my fault.” This is a song that is sure to make you sit up and listen.

The Scottish band have been labelled many things throughout their career: gothic pop-punk, electro-pop etc. However, as the final notes of the title track ring out, one thing is certain and that is that The Ninth Wave have succeeded in creating their best work yet.