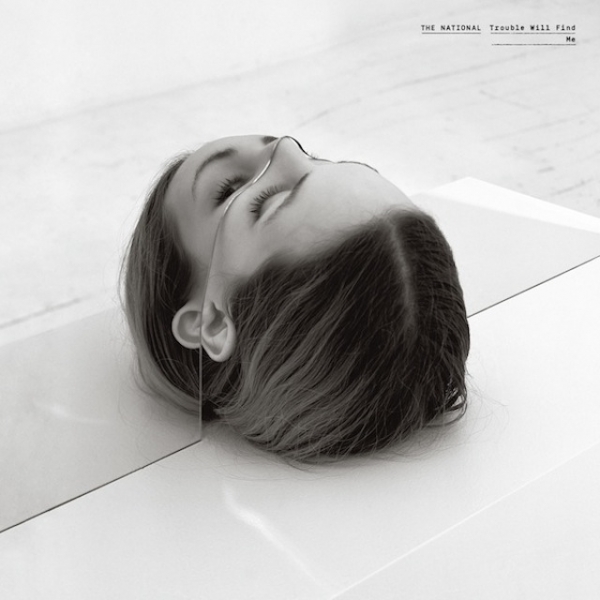 When The National took their first stumbled steps towards greater notoriety on their 2003 album Sad Songs for Dirty Lovers, it was as a band whose songs featured characters struggling through the darker side of domestic bliss. Whether that be the alcohol-addled crux of ‘Slipping Husband’ or the marital meanderers of ‘Trophy Wife’, the group’s frontman – and dominant lyricist – Matt Berninger has always strove to peep behind suburbia’s blackout curtains.

Flash-forward to Trouble Will Find Me, the Cincinnati quintet’s sixth, and most streamlined, record to date and they still appear to be fronting many of the same issues. Instead, it’s the fiery rebukes and nights spent lost wandering cities that seem to have been cut by the wayside. Where the whiskey-breathed couch potato of ‘Slipping Husband’ was confronted by a tirade of familial abuse; here, we see a far dourer Berninger prepared to submit to his ghosts on ‘Demons’. Where ‘Mr. November’ was gearing up for war and dreaming of being “carried in the arms of cheerleaders”; here, the bleary-eyed narrator of ‘Hard to Find’ views goings-on from a more removed standing, content that “they can all just kiss off into the air”. While Trouble Will Find Me certainly isn’t the sound of compromise, it’s rife with an air of acceptance, of coming to terms with the inevitability of one’s circumstances.

Perhaps it’s unsurprising then that this is not only the Ohio natives’ most self-referential record, but also their greatest attempt to measure themselves against the legacies of others. After all, if you’re “going through an awkward phase,” as ‘Demons’ would have it, why not check your footsteps with the paths of those who’ve walked before you? There couldn’t be a more fitting summary of this than when Berninger – accompanied by swells of percussion and orchestration, care of his bandmates: the Dessner and Devendorf brothers – confesses, “if you want to see me cry, play Let It Be or Nevermind,” on the driving ‘Don’t Swallow the Cap’. It’s an affecting glance back at two records synonymous with driving social change: the former marking the end of the most important singular output in pop history, the latter acting as a seminal focal point in the rise of alternative rock culture. Similar references are scattered throughout Trouble Will Find Me; Elliott Smith on the bluegrass hymnal of ‘Fireproof’, Guns n’ Roses on the appropriately-titled ‘Humiliation’.

It’s not just the works of others that are well represented on Trouble Will Find Me. In fact, nearly ever part of The National’s 14-year career feels clearly illuminated here: The loftier-than-life choruses of Alligator’s ‘Lit Up’ or ‘Abel’ have more refined prodigies in the rolling drums and blasts of guitar that mark ‘Sea of Love’ and ‘Don’t Swallow the Cap’, the texturally rich haze of High Violet is abundantly present in the swathes of fuzz that introduce album-opener ‘I Should Live in Salt’. The difference on Trouble Will Find Me is that everything feels clarified through a decade of wisdom, with volatility frequently superseded by sensibility. While Berninger and co. may not have the party lit up like “a birthday candle in a circle of black girls” as they once did, there will always be people who’d rather throw off the corny dancing and talk intelligently for an hour or two. The National will always have them covered.