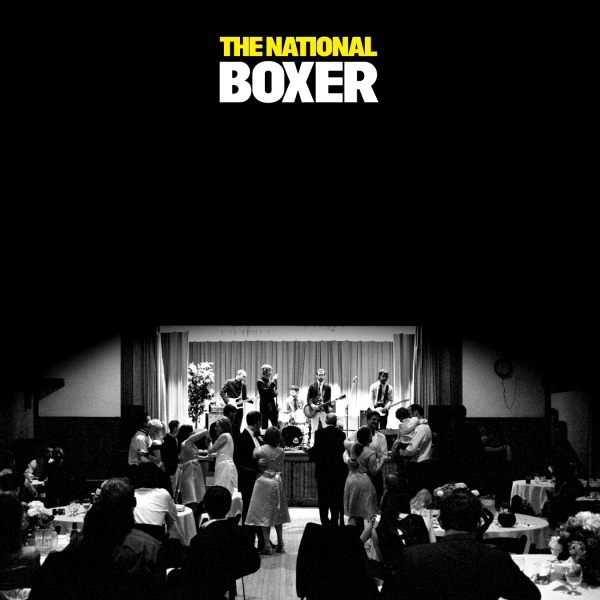 The National are a band that have slowly, but surely, percolated their way into the consciousness of alternative rock. Over the course of three albums they’ve managed to create a niche of dark, troubled music that’s often literary in nature and brooding in presence. Their last album, 2005’s Alligator, seemed to reach a zenith, a peak in their powers. With Boxer, they’ve managed to top even that.

This is an album of brooding confidence and independent thought. Not content to keep these thoughts from everyone else, The National seem to use each album as a method of therapy, of conveying their dark and innermost thoughts to the public. Each song takes twists and turns and yet it can never quite shake off the feeling of loneliness and emptiness that seems to follow them around.

The opening track Fake Empire hints at an environment and surroundings created by the protagonist of the song, which is completely false and distanced form reality and yet they’re completely happy with this place they’ve made. The sinister Brainy is the real heart of darkness here. This is a theme for stalking with its dark lyrics of “You know I keep your fingerprints” and “Think I’d better follow you around / You might need me more than you think you will”. This all delivered in the rich and velvety smooth voice of Matt Berninger who’s vocals are now as deep as they’ve ever been. What is odd is that these dark and depressing anthems are executed with a feeling of elation, the music is upbeat and positive, only the vocals drag these down to the depths of despair. The crashing drums of Squalor Victoria beat and rage through the song, bringing it kicking and screaming through it’s duration and ensuring it doesn’t get too down.

Slow Show is as positive a song as The National will write, a beautiful swirl of a love song that seems to be about a long distance, through time at least, relationship with it’s main hook of “You know I dreamed about you / For 29 years / Before I saw you”. The combination of accordion and piano giving this a personal edge, gently weaving into the song and drawing you into this weird and wonderful story of time and love. Apartment Story is another wonderfully twisted love song, “Stay inside till someone finds us / Do whatever the TV tells us” telling the familiar story of new love, one in which the doors and curtains are always locked and drawn, just wanting to be with each other and never experience anything else. This is all wrapped in a scatter gun of guitars and drums. The whole album doesn’t really deviate or develop The National sound at all, but that doesn’t matter. What they’ve done is added little twists to the musical back drop which augments their sound, they’ve not gone over the top by adding a huge orchestra or something, there’s little additions of accordion, acoustic guitar, piano or brass. It just seems so perfectly produced that these pieces pick out the lyrics even more and add a link or a hook to these songs so they stick longer in the memory.

There only real down side to this album is that it’s darkness could become a bit monotonous, Berninger’s delivery isn’t for everyone and will, no doubt, bore some listeners. But listen to what he’s actually trying to say and you’ll get sucked into the alternate world that they’ve created. This has been one of the most consistent albums I’ve heard all year, every time I go back to it something else emerges from the mix, whether it’s a lyric or a tiny piece of music that I hadn’t picked up before. A wondrous album of rare and dark beauty.