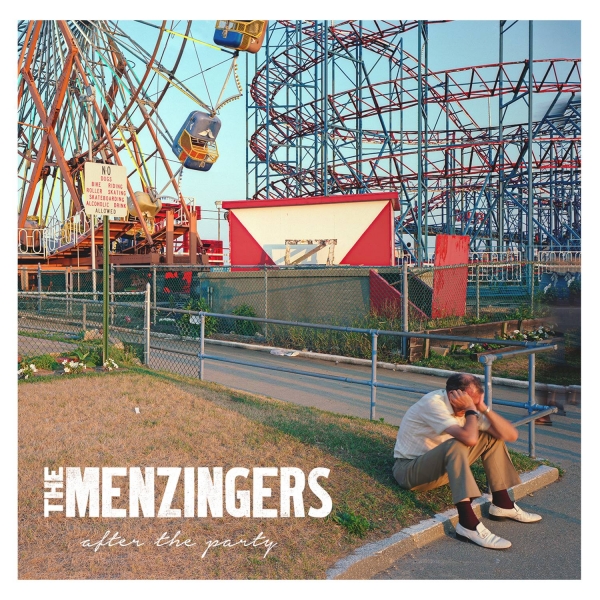 Stadium-sized drum fills. Strident guitar chords. Gargantuan riffs. With one simple refrain The Menzingers tear through the fanfare and cut straight to the heart of what we’re all chasing.

"Oh yeah, oh yeah, everything is terrible," Gregg Barnett proclaims on the album's opening track. If we were to pause and think on the state of affairs we currently find ourselves surrounded by, it might be hard to disagree - but this isn't a record to wallow in the negative. Instead, delivering the line with a tongue-in-cheek sense of melodrama, it reflects on the world around us and becomes a spark of motivation for something new.

The Menzingers have always excelled at conveying nostalgia. Embodying the moment after a trip down memory lane, with flashbacks still fresh in the mind and a keenly felt anticipation for the future in the air, After The Party showcases the band at their boldest and brightest yet. Take lead single "Lookers" for example: directing their cries of "I know the old you, and you know the old me" straight to the you as you listen, you find yourself drawn straight to the very heart of The Menzingers' world - a world that's conveyed with such familiarity it might as well be your own.

Reminiscing about "Julie from The Wonder Bar" on "Lookers" and "all our stick and pokes, all our inside jokes" on "Midwestern States", the album is a glass poured full, brimming with the warmth of the recognizable. Recounted with the band's characteristic brand of addictive punk rock, After The Party is a force of freewheeling expression and determined resolution.

Opening track "20's (Tellin' Lies)" is made up from tidal waves of pent-up exasperation and frenetic performance purpose built to leave you breathless. By the time the relentlessly rumbling drum beats of "Thick As Thieves" roll around, the group have reintroduced themselves as the close friend you've long felt missing. From there, the ensuing attachment is inevitable.

"Lookers" is a rollercoaster ride through your favourite memories with the people you're most fond of, "Charlie's Army" a brazen declaration of adoration caught up in a whirlwind of ernest emotion. There's adventure too: "Your Wild Years" the soundtrack to the mundane-yet-magical moments road tripping with a loved one, "Black Mass" a stripped back ode to faded romance. Then there's end of the night anthem "The Bars", carrying itself with an inebriated swagger and melodies that hearken back to Irish folk songs of old with a brazenly raw kick.

"We'll regret them when we're dead and sober," the band sing on "Midwestern States", "we're still breathing, and the party ain't over." This sentiment is the lifeblood of The Menzingers' latest record. Whether looking back or looking forwards the album courses with the determination to make the most of the present, no matter how terrible everything might seem.