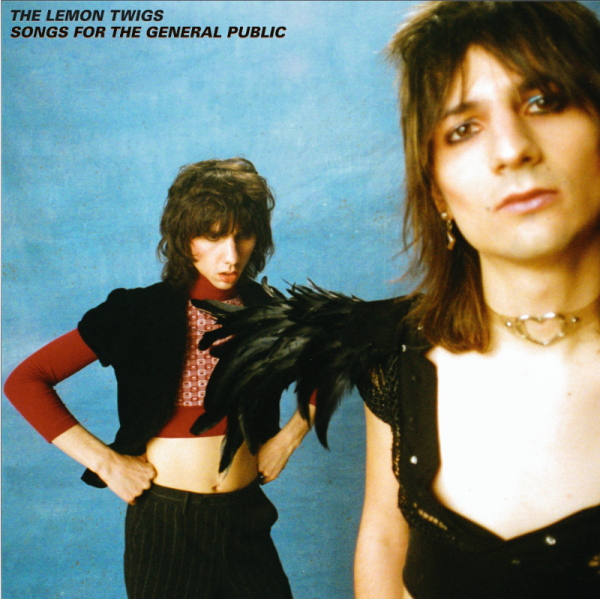 Welcome back to the other-worldly euphoria that is The Lemon Twigs.

Good things come to those that wait. Postponed from their original release date of 1st May, Brian and Miachel D'Addario's Songs For The General Public follows their 2018 concept album about an ape and although this new album fits more neatly into the rock vernacular, the brothers have by no means lost their tangy zest. Songs For The General Public showers a depraved public with pent up energy, theatre and musical prowess extracted straight out of the '70s.

Before getting bogged down in the era that Songs For The General Public harkens ('70s sonically but '60s melodically with the occasional twist of '80s?), let's put one thing on record – this album tickles every glam-rock, psychedelic pop melodic fantasy possible whilst stringing together a certain coherency that you can smoothly follow. As with their previous album Go To School, the rock canon that seems to shape The Lemon Twig's newest album extends from Elton John to Bruce Springsteen, Lou Reed to Cat Stevens. The influences on this album are plentiful but are not mimicked – they are shaded, translated, integrated and updated.

From the opening track "Hell on Wheels", conjuring the image of Springsteen in a Cadillac caught on polaroid film, to "Moon" which sounds like a highlight reel of the best of '70s rock with Lou Reed and Bruce Springsteen coming out top, each track is blissful in its own right.

The tug and pull between Brian and Michael D'Addario is just one of a number of reasons this album is yet another success. Michael's tracks (such as "Hell on Wheels", "Moon", and "Fight") take on a more conventional melodic approach that keeps the album on track and, unlike its predecessor Go To School, means the tracks in the album can be digested either individually or one after another in one sitting. Brian's melodic mania still heavily features throughout the album in songs like "Live in Favor of Tomorrow" but it is controlled mania. With that said, what on earth would an uncontrolled Lemon Twigs album sound like?

Homage to the classic rock icons of golden eras past has definitely been paid in this album and in the previous two Lemon Twigs albums; but alongside that, Songs For The General Public takes The Lemon Twigs one step further and sets them up as serious contenders to be the next torch bearers of an impending, yet understated golden era. Songs For The General Public is a landmark album, unlike any other, that draws from the past, churns it up, modernises it and chucks it into our present with sonic-like energy through sheer effervescing talent.