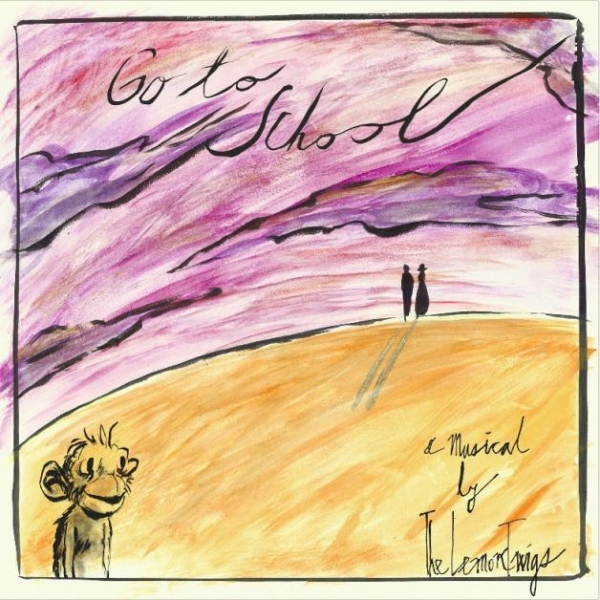 You may have heard on the apevine that this is a concept album about a monkey. You read that correctly. Read it again if you have to. A monkey. A primate.

Specifically, this is a record about a chimpanzee called Shane, who, over the course of the record, starts some fires, loses his virginity, and navigates through the troubles and strife of living as a human. Maybe.

Let’s also get some qualifying statements out of the way. Like everything The Lemon Twigs do, the record is heavily indebted to Todd Rundgren. So much so that he’s even featured on the thing (playing Shane’s dad), with Big Star’s Jody Stephens featured on drums on a few tracks too.

Conceptually and sonically (can you believe you’re reading that?), this record is similar to the groovier, glammy ‘70s rock operas like Billion Dollar Babies, Jesus Christ Superstar, Goodbye Yellow Brick Road and The Rocky Horror Show. Elton John, Andrew Lloyd Webber and the Alice Cooper band are amongst the most apparent stylistic forebears here – only none of those ever did anything involving primates (thankfully).

Elsewhere in the sonic morass of the record, you’ll hear shades of The Beatles (on “Small Victories”), Lou Reed’s Transformer on “If You Give Enough”, Radio City-era Big Star on “Queen of my School”, Elton John on “Lonely”, and many more.

The list is almost endless, and it makes you wonder what right these two youngsters have conjuring up these ghosts of rock’s long-forgotten magisterial phase and making them dance in your head like monkeys. Depending on how old you are, you might hear The Darkness in their silliness, or Queen in their knack for turning melodies into anthemic blasts of catharsis. It’s bananas.

The record is best digested in one sitting. In small chunks, it still works, but like The Beatles’ White Album, the only way to fully understand what the hell is going on is to listen to it all in one go, and let it sink in. After your third listen, you’ll wonder why people aren’t making music like this anymore. After your twelfth listen, you’ll understand that people aren’t making music like this because people can’t make music like this anymore. There’s too much irony and cynicism in music – and in the world at large – for a band to make something like this and expect to be taken seriously.

Coming only a few years after Foxygen’s …And Star Power, you’d think the Lemon Twigs would have been put off making a concept record, owing to the muted reaction that that (frankly, excellent) album received. However, their confidence and belief in the concept is refreshing, and it shows just how potent self-belief really is.

The only minor – and it is only minor – gripe could be that there isn’t a ‘lead single’ or pivotal track, outside of maybe “The Lesson” or “The Student Becomes the Teacher”. There’s no “Saturday Night’s Alright for Fighting”, no “School’s Out”, no “Time Warp”… However, there’s more than enough quality here to dispel those criticisms. Lesser albums without a standout track have been given much more leeway because of their consistency, so the judgment of Go to School should be no different.

In conclusion, this album could – rightfully, one might add – be dismissed as being absolutely ridiculous and incredibly silly. But these boys are serious, and this is a legitimate attempt to pay homage to their heroes by attempting to recapture some of the magic you feel when hearing those bands for the first time. Whether your first love was The Beatles, Elton, The Eagles or something more bizarre, The Lemon Twigs have you covered. And then some.

Go to School is an artistic statement on a grand scale, and it cements their reputation as world-class songwriters. It’s a once-in-a-generation epic that, unfortunately, The Lemon Twigs will never be able to do again, owing to the purity of concept and execution here.