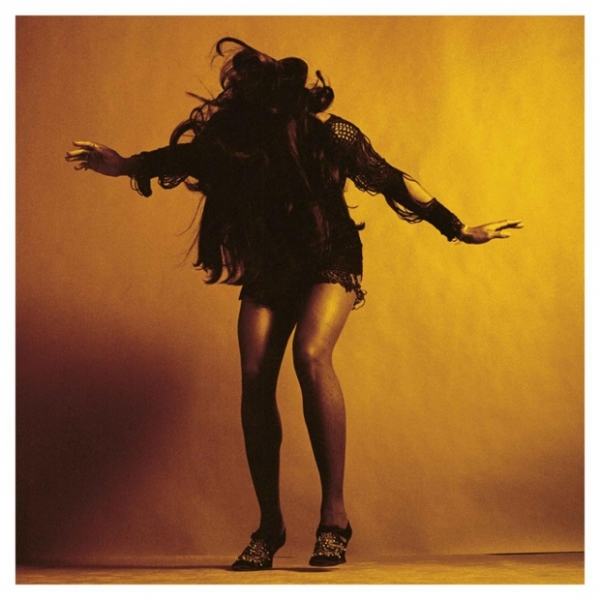 Eight years ago, The Last Shadow Puppets released their debut album, The Age of the Understatement, and it came as a statement that Alex Turner, lead signer of Arctic Monkeys, was ready to step down from the pub stool pedestal that he had spent his early career spilling beer from as he spat out slurred tales of Sheffield nightlife and forgetful teenage flings.

This time round, however, instead of Turner having a desire to shake up his musical pallet, their new album, Everything You’ve Come to Expect, was a match that Miles Kane lit when he finally followed Turner to Los Angeles last year. It’s hard to imagine that, via the exposure that Alex Turner’s association gave him, Kane’s solo career would have been as rewarding as it has been without the first Puppets album - it’s no wonder Kane was so keen to get the ball of the second album finally rolling.

The most impressive thing about The Last Shadow Puppets is that their music actually makes Miles Kane sound bearable - his solo music is as outdated as his behaviour towards women, meaning that without an Arctic Monkey by his side he’d probably still be playing the very pubs that the spectre of Turner’s pub stool pedestal looms over.

The everlasting influence of Queens Of The Stone Age on Turner is back again. Having last been heavily seen on the Monkeys’ third album Humbug, the Puppets second album, in parts, is strongly reminiscent of a QOTSA side project Mini Mansions, to the extent that their bassist Zach Dawes even joins the Puppets for this album – “Aviation” and title track “Everything You’ve Come to Expect” sound like they were stolen from the last Mini Mansions full-length, The Great Pretenders, which Turner even featured on.

So, while this album may not provide an end to Turner’s means of musical experimentation, Everything… does take a departure from the best Scott Walker impressions of their first effort, leaving the end product sounding less like a 60s-infused orchestra and more cinematic – a lot of the songs on the album actually sound lifted from Turner’s soundtrack to Richard Ayoade’s 2010 coming-of-age film Submarine.

There’s even a lyrical departure from The... Understatement - Everything… takes the insecurity of Submarine and sugar-coats it with metaphors straight from Arctic Monkeys’ fourth album Suck It and See, with “Sweet Dreams TN”’s “you’re the first day of Spring/with a septum piercing” being the lost relative of “Black Treacle”’s “belly button piercings in the sky at night”.

The lyrics have evolved from the secret wistful diary of a teenage boy to the hodge-podge collections of a sixth-form poet, while still remaining distinctively Turner-like ramblings of romance – the title track’s “I just can’t get the thought of you and him and of my head” is textbook Turner lust, while “Miracle Aligner”’s “all of our exchanges are by candlelight” and “he was born to blow your mind/or something along those lines” delves into Turner’s old-fashioned romantic mysticism, reminiscent again of his contribution to Submarine’s soundtrack.

Even more Submarine-esque is the album closer, “The Dream Synopsis”. Turner manages to take that familiar lost romantic’s croon and apply it to a dream-like soft-rock song which namechecks Sheffield city centre and bandmate Miles Kane, while remaining the kind of ballad that’s become par for the course from the LA-based Turner.

AM-era Alex Turner’s newfound pretentiousness undoubtedly makes him more of an entertaining performer, and while Miles Kane is simply just happy to be there alongside him, the occasional token Kane-led track, like lead single “Bad Habits”, does throw another voice in the mix that prevents this from just being a love letter from Turner to the sound of his own voice.

Considering that The Last Shadow Puppets is just a casual commitment and a bit on the side for Turner, Everything We’ve Come to Expect is champagne-coated, arena-sized pop-rock album that’s slick and accessibly smart. Turner’s penchant for constant reinvention means that, despite the sound of this album not coming as much of a surprise, you shouldn’t know what to expect from their next album.