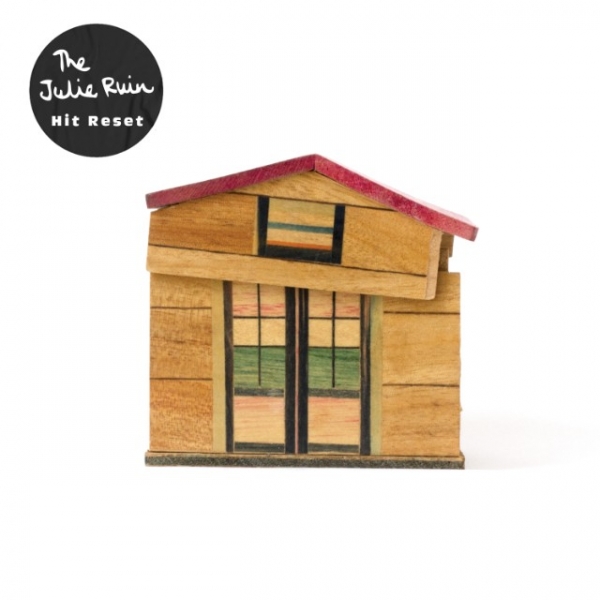 Sini Anderson’s indispensable 2013 documentary The Punk Singer answered what was, to that point, the burning question about Kathleen Hanna - where had she gone?

After Le Tigre disappeared suddenly in 2005, she spent years struggling with late-stage Lyme Disease that had gone catastrophically misdiagnosed, leaving her sporadically weak to the point of being bed-ridden. The rest of the film stood as testament to what Hanna’s illness had deprived the world of; a fiercely intelligent and genuinely fearless creative force. She’s been an arresting, and often caustic, writer since before she was a musician, when spoken word and riot grrrl zines were her outlets. Her importance in the emergence of third wave feminism, particularly at the point at which it intersects with rock and punk, is incalculable. The lasting impact of Bikini Kill and Le Tigre, in furthering the feminist and queer causes in a music world so often aloof and outright hostile to them, is assured.

None of this should or needs to be in any way divorced from the fact that Hanna is a formidable songwriter and The Punk Singer’s biggest success was that it devoted as much focus to her love of music, her love of being on stage, her love of being in a band, as it did to her as a person and as a cultural icon. Hanna’s music inevitably soundtracked the film and helped to demonstrate the fact that, between Bikini Kill’s raw political outlook and Le Tigre’s position as the feminist party band, she hadn’t often left herself too much room for personal, reflective songwriting. The one exception that rule is her 1997 solo album Julie Ruin, a strong contender for the best collection of her songs to date and a record that is criminally difficult to find - YouTube is rightly taking a hammering from musicians at the minute, but at time of writing it was the only place, legitimate or otherwise, I could hear that LP without dropping serious coin on Discogs.

Hanna told The New York Times earlier this month that the through line between Julie Ruin and The Julie Ruin was depression; the former came about when Bikini Kill were falling apart after years of harassment and intimidation began to take their toll, and the latter, ostensibly a fully-fledged band, was put together during her recovery from the worst period of her illness. Run Fast, released in 2013, felt a lot like that solo LP had been run through the Le Tigre filter without having the edges rounded off; Hanna went from lo-fi to crisp, downbeat to boisterous, but beneath the surface flickered the same insecurities and introspection.

Hit Reset largely retains the same hyperkinetic feel as Run Fast; Hanna’s modus operandi these days seems to be to write pop songs that are bright, bouncy and that occasionally border on garish. Where Julie Ruin provided a subtler emotional channel than Bikini Kill all those years ago, the band of the same name has allowed Hanna to break away from the lethargy and ennui that characterised her illness. Hit Reset remains every bit as sonincally playful as Run Fast, but finds more room for nuance and refinement than before; take “I Decide”, with its tense swell of reverb set against a recurring chant of “na na na na na!”, or “Let Me Go”, on which handclaps and breezy synths are run parallel to a crunching guitar part.  “Time Is Up” goes back to Le Tigre’s exploration of groove, and the album closes on a piano ballad, “Calverton”. There is far more variety on Hit Reset than you suspect the casual ear is going to give it credit for.

The biggest talking point on Hit Reset, though, is that it finds Hanna on the lyrical form of her life - and that’s saying something. The title track concerns itself with her abusive, alcoholic father - “at least I made it out at fucking all.” “Mr. So and So” is an evisceration of the mansplaining, faux-feminist music fan, and it's sharp enough to cut yourself on. “Planet You” calls out modern-day, internet-fuelled narcissism (“start a Kickstarter for your heart!”), “Hello Trust No One” flippantly plays with her public image (“I can play guitar while shaving my legs in a moving car”), and “Rather Not” is a pointed rebuke to romance. “Be Nice”, meanwhile, all distorted vocals and nervous energy, casts a withering eye over sexual harassment.

It’s hard to think of too many other writers who run the emotional gamut quite like Hanna does on Hit Reset; there’s anger, compassion and humour, the latter by turns impish and bleak. It’s pretty clear by now that The Julie Ruin, just as its namesake was back in the late Nineties, is very much a vehicle for Hanna’s songs rather than the out-and-out band it was presented as around the time Run Fast was released - not that it makes any difference. Watching The Punk Singer again lately, there wasn’t the same melancholy at having lost her; in its place was gratitude that she’s back.