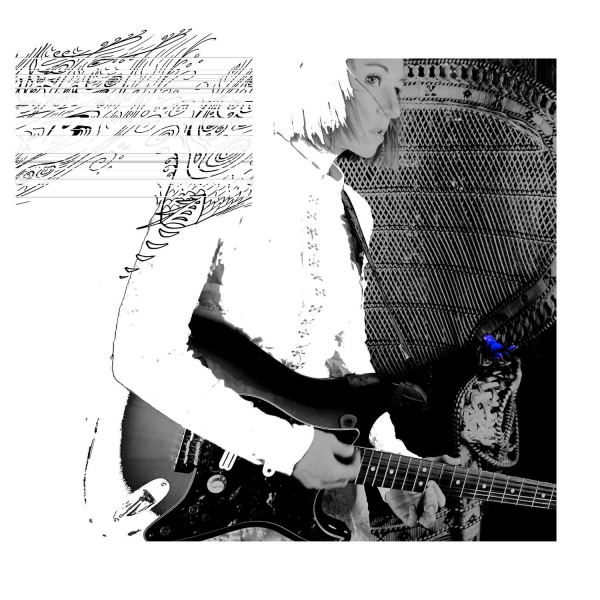 The Joy Formidable’s riff-splintered alt-rock star has yet to dull in a fourteen-year-strong career, seamlessly tacking the riotously melodic with an immediacy that has helped secure an international profile, tour slots with the likes of Foo Fighters and Muse as well as Robert Smith’s curatorial stamp of approval.

An element of surprise has always lurked within the band’s framework, a steeper sonic incline scaled via the neo-psychedelia of 2018’s Aaarth. Continuing to stretch this elasticity with Into The Blue, an eclectic, personally primed openness emerges from the Flintshire trio; feverish emotive potency paired with a realignment in style and pace, wrapped around a dependably fractious, arena-sating nucleus. Layers of synth tesselate around the edge of heavier numbers, rendering the band’s staple high velocity heart with a contemplative dimension, a withdrawal from the headrush hinted at through the anthemic title track and early standout “Chimes”.

Much more than mere bastions of guitar rock, the pure bombast linked with the latter label is eclipsed by the ambiguity of the North Wales-hailing outfit, quick to dispatch an unrelenting hail of hooks but simultaneously subtle in their technical poise and versatility. The post-rock-leaning prelude of “Interval”, case in point, is lined with the tight intricacy and solid, unrelenting propulsion that has accompanied the band since their nascency, while the cathartic lens of “Somewhere New” figures as a step back from the stage, distanced from the distractive paraphernalia of life. “Sevier”, in its blazing sonic bedlam, serves an early volatile salvo, while “Back To Nothing” and “Bring It To The Front” sees the three-piece channelling their respective talents into compellingly intricate harmonies.

Ritzy Bryan’s vocals coordinate with Rhydian Dafydd’s guitar licks and Matt Thomas’ drumming in fluid, overlapping structures, reaching its peak on “Left Too Soon”, with its cacophonous metamorphosis from wistful ballad to climactic storm. Space is primarily given to the meditative on The Joy Formidable’s fifth album, a dynamic achieved without sacrificing the blisteringly euphoric appeal that has ensured their longevity.