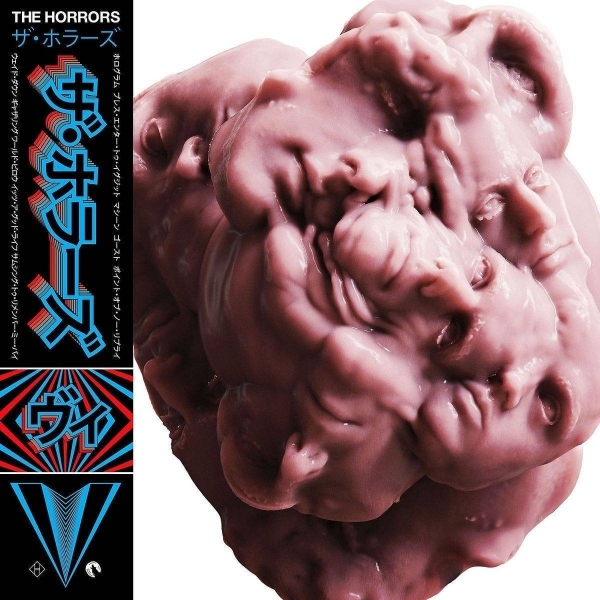 Back in 1989, producer Flood told Depeche Mode - then seeking a new sound but feeling a need to stick to their electronic group principles - “If you wanna use a guitar, use a guitar”. It’s a piece of advice that worked, resulting in their best album, Violator.

Flipping this approach, The Horrors - who have flirted with it throughout their career - have now gone full on electronics and synth on this fifth record. It's not a total 'Horrors go Depeche' reinvention, but by putting the guitar (still evident, but used more sparingly than previous albums) to one side for synthesizers and heavy dub bass excursions, they’ve created a collection of taut, robust songs performed with the swagger of a band who know they’re producing the best music of their career.

Since their arrival 10 years ago with the trashy Cramps gone Birthday Party schtick of debut album Strange House, the various influences held within the band and artistic progression has seen them shapeshift through the past decade with regularity: krautrock and shoegaze with 2009's Primary Colours, ambitious widescreen pop informed 2011's Skying, while 2014's Luminous further investigated 80's new wave pop and big choruses. The latter album saw the band not pushing toward a new musical area for the first time, but this is the major driving force for V.

After self-producing their previous three albums, big hitter Paul Epworth takes the role here. His experience in working with major artists such as Adele, Coldplay, U2 and Florence and the Machine plays a small but significant part. This is widescreen Horrors - there’s none of the claustrophobia or murkiness of the past. Instead, V sparkles with the kind of pop vigour you'd expect from working with an A-list producer, and by taking a back seat supporting role, he's allowed The Horrors - a band who takes a ‘what does this do?’ approach - to run riot in terms of ideas.

The hectic synth distortion of "Hologram" and the laidback pop swagger of "Press Enter to Exit" are the most vigorous pieces of music they've made. The latter is bass heavy, woozily psychedelic with ‘what on Earth is that?’ oddball flourishes of sound, while the former is beaty and spacious screaming out its Replica’s era Gary Numan influences. Faris Badwan’s vocals, icy and detached, coldly asking “Are we hologram? / Are we vision?”, but it's the use of a synth riff usually deployed on techno music and an 808 acid line which precedes screeching guitar mayhem which seals the deal. It’s a brilliant opener.

"Machine"'s fusion of Nine Inch Nails' aggression with the repetition of techno and snarl of early seventies Iggy Pop is the most chaotic moment of the album, full to the brim with elements creating an oppressive wall of sound, full blown synth distortion and the buzz of shoegaze guitar wailing. Badwan, always an evasive lyricist, declares “You will never never never be more than a machine” over the crushingly icy industrial rock backdrop.

A mark of an assured band is recording something totally detached from their previous material, and that comes in the form of the staggering "Gathering". A track that simply could not be produced by the band previously, it’s a crystalline piece of balladry - Badwan’s vocal prowess, miles away from the aloof android of aforementioned tracks, is emotive, engaged; “And there’s someone out there / Seeing everything and who knows what you know / and what you don’t” he croons over acoustic guitars and pianos, simple sounds which have never been used so prominently by the band. By stripping all the layers which normally envelope their sound, they reveal a surprisingly tender, almost vulnerable side, and in doing so deliver a high point of their career so far.

Elsewhere on V they channel early 80s synth sounds again with the brooding darkness of "Ghost", which wouldn’t find itself out of place on the pre-success albums by Human League. They use heavy propulsive dub influences brilliantly on the stoned out "Weigh Down", and on "Point of no Reply" and closer "Something to Remember Me By" you have the biggest hitters in terms of widescreen Horrors anthems (See "See Now You Know", "Still Life", "Sea Within a Sea"). This is the band at their most groove based, channelling Pet Shop Boys, New Order and The Cure in their late 80s pomp, and it's a sound that fits them perfectly. Both use driving bass and huge earworm choruses, atmospheric flourishes of Brian Eno, and on the latter, the kind of keyboard riff which is used on at least eighty percent of all tropical house tracks. If you’ve ever wondered what The Horrors gone rave would sound like, it’s here, and it’s excellent.

V isn’t a huge reinvention, more a subtle reboot, and a move which has worked out perfectly. The Horrors are hardly new to making brilliant albums - they did that with their previous three - but V is better than them all.