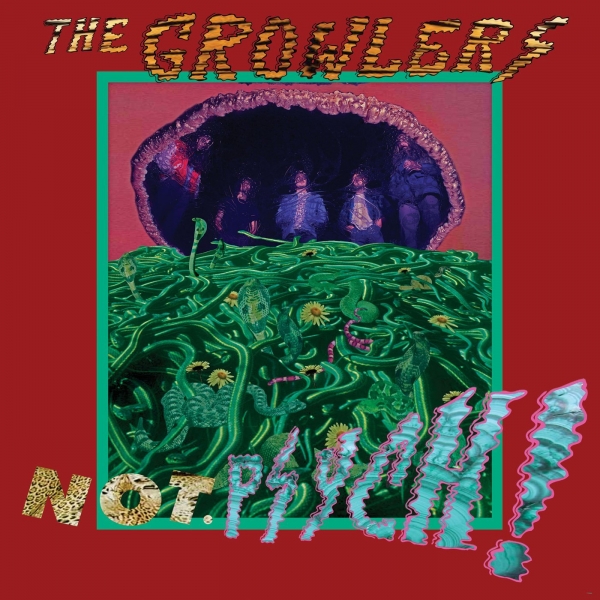 Despite their super laid-back SoCal attitude, psych/beach goth quintet The Growlers know how to get back on the wave. Following the drama with their Hung At Heart release earlier this year, where they scrapped working with famed producer and Black Keys member Dan Auerbach, the band release Not.Psych!, an upbeat EP of jangly psychedelia and garage rock that screams DIY wet spring reverb.

Channelling 60s California surf rock, Dick Dale, and general “good vibrations”, Not. Psych! is one big luau party – and you’re all invited. Bill Murrary’s reportedly a fan, which isn’t a surprise – this is psychedelic pop with an experimental approach that isn’t hard to love.

Their self coined ‘bent sound’ recording technique is featured on ‘Tell it How it Is’, The Growlers’ unique take on psychedelic country-tonk. Neilsen’s cracked croon narrates a tale about a selfish man, while a strong, reverb heavy-guitar riff drives the track forward. The first single, the heartfelt ‘Humdrum Blues’, leads with a strong New Wave Manchester-life bass drum beat before being joined with a druggy organ accompaniment and the band’s trademark reverb-flooded mics.

Lyrically, the album moves from romantic laments to optimistic ruminations on growing older, with Neilsen singing on ‘Change Your Veins’ “give me cities with big kid toys/ take a risk and feel brave”, signalling their belief that life ain’t meant to be boring. The Growlers have hosted their own “Beach Goth” parties in Southern California and scrapped working with high profile producers to re-record all of their tracks. It’s an attitude that certainly makes you want to join them.

Not!.Psych! lets you in to The Growlers’ own laid-back world, full of psych parties, paisley print shirts, reverb heavy guitars and a lackadaisical attitude that everyone should tap in to at least occasionally. There’s a youthful exuberance to the record that’ll have you yearning for the coast – but judging by the band’s packed gigs, their 70s camper van is going to be full.