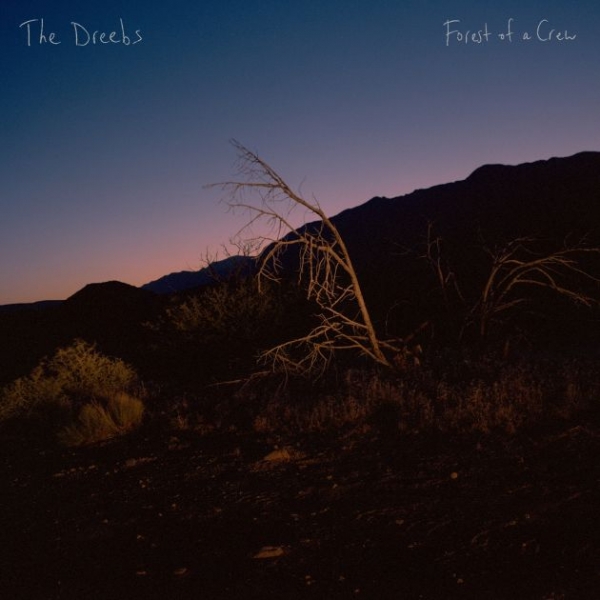 New York noiseniks The Dreebs may have sat out the middle of this decade, but they’ve returned, re-tuned and revitalised, to a music terrain where both the above- and underground are in need of the landmine spontaneity of their arch detonations.

The Dreebs came about when vocalist-violinist Adam Markiewicz and guitarist Jordan Bernstein got together at the end of the ‘00s and began exploring the potential of tweaked instruments and tonal violence. Shannon Sigley came on board to play drums some time after Markiewicz and Bernstein released the Dreeb America cassette at the end of 2009, and the three of them began making records - The Dreebs The Dream in 2011 and Bait an Orchard the following year - that came across like wire-scraping soundtracks for unmade arthouse films, occasionally pinching famous song titles for fun like “Lola” and “Tubthumper”. All three Dreebs have also spent time in PC Worship, the collective-minded Brooklyn band helmed by Justin Frye which has functioned over time as a kind of meeting place for a segment of the borough’s rock experimentalists.

After the short and subdued Humiliation in 2013, the Dreebs didn’t go out with a bang, but they’ve certainly returned with one. Forest of a Crew is a significant leap for the group, applying their dissonant harmonic techniques to some of the practices of more commercially minded music. Loose form, harsh melody and, most of all, heavily physical rhythms are where they have turned their focus. “Reese” sets the mood, electric violin and prepared guitar sounding like distant war horn and bent metallophone over Sigley’s ruthless pounding. “My Killer” comes on more sly in snaking motion, Markiewicz spitting his verses with a forked tongue -- bizarro pop music with venom running through its veins. The album can turn even weirder as it gets comfortable, giving no hesitation to mingling a terse cadence and high operatic vocals on tracks like “Marble Head” and “The Paint”, as lyric fragments pile up until the final cyclical outpouring of “Love Your Body” (“I am awake/Bury the one that I hate...There is nefarious light/All over eyes that I see”).

Forest of a Crew moves the Dreebs into wider territory, at times evoking a more precocious Liars, or Snapped Ankles with more brute force and fewer ghillie suits. Through eight songs and seven lettered interstitial tracks (which spell out ‘I AM CREW’), the trio reboot their machinations, throwing enough sand in the gears to keep things from running too smoothly.