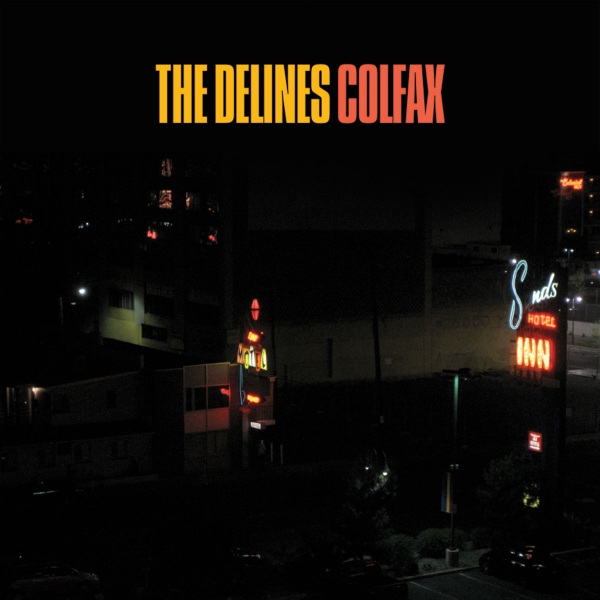 It looks like Willy Vlautin is finally gaining some wider recognition.

It’s just a shame that he’s becoming better known as a writer rather than a musician. That’s not to say Vlautin’s books are without merit. Quite the opposite: fuelled by the same compassion for hard-pressed lives heading towards – or already residing in – the ditch that infuses his songwriting, the first three of Vlautin’s four novels are required reading for fans of gritty American realism; debut The Motel Life has just been turned into a film. His justifiably acclaimed new novel The Free, meanwhile, finds Vlautin’s storytelling hit a new level of complexity and emotional resonance: in short, it’s a startlingly powerful, deceptively simple addition to the must-read list.

Even so, songwriting remains Vlautin’s strongest suit. As such, it’s somewhat ironic that Vlautin the author also tended to hog the spotlight on the most recent record by Richmond Fontaine, the criminally underrated Portland, Oregon band Vlautin has fronted for 20 years and 10 albums. 2011’s ‘musical novel’ The High Country was admirably ambitious, but there was a distinct feeling that the churning, restless music was relegated to a supporting role to the album’s permanently overcast narrative of drugs, destruction and despair in a remote logging community.

It’s a relief to note that Colfax matches both the songwriting and musical prowess of such Richmond Fontaine classics as Post to Wire (2004) and We Used to Think the Freeway Sounded Like the River (2009). It’s just that the band is different this time around. Retaining RF drummer Sean Oldham and adding singer Amy Boone of the Damnations, Tucker Jackson (pedal steel), The Decemberists’ Jenny Conlee (keyboards) and Freddy Trujillo on bass (Vlautin handles guitar duties), The Delines add a big dollop of retro soul to Richmond Fontaine’s country-twanged barroom brawls and bruised balladry. Although the new sound is immediately recognisable to fans of Fontaine, this music has a powerful, blue-tinged wee small hours (Colfax is most definitely a record best enjoyed late at night) country-got-soul vibe; think of Stax setting up shop in a disreputable area of Nashville, in a spot between a pawnshop and a rundown boozer with a strict no daylight rule.

It’s easy to get obsessed with Vlautin’s songwriting when talking about Colfax (the songs really are strong this time around: heartfelt but never tear-jerking, richly melodic and impossible to shake off once encountered a couple of times), but this is very much a team effort. Tracks such as the languid, twilit drift of “Flight 31” – a moment of optimism on a record that can rarely afford such luxuries - and the curtains-drawn glide of opener “Calling In” (wherein a couple opt for “the darkness” of life in the gin-soaked margins over the daily grind) sparkle with a richly textured yet uncluttered musicality – a weeping pedal steel lick, a few clicks on the rim of the snare drum to announce the entry of a chorus, a warm sweep of electric piano - that’s refreshingly at odds with the tense hum of the High Country: The Delines aren’t afraid to play pretty when the occasion calls for it, and Colfax is richer for it.

The star of the show is undoubtedly Boone, whose bruised but unbroken performances bring the hard-luck characters – the sister trying desperately to claw her war-damaged brother back from the brink of destruction on the near-title track “Colfax Avenue”; the middle-aged woman stuck in the middle of nowhere with a useless man prone to dark and scary moods on “He Told Her The City Was Killing Him” - Vlautin’s penned to vivid, 3D life. In lesser hands, songs like “State Line” - a story of a woman trapped first in a miserable childhood home and then in an equally hopeless marriage, unable to muster the courage to escape - would be hopelessly depressing, but Vlautin - aided and abetted by Boone - lets just enough light in through the cracks to allow some hope flicker through the straitened circumstances. His ability to draw up entirely believable characters in equally credible jams with just a couple of terse lines remains unmatched: by the end of, say, “I Won’t Slip Up” (a heartbreaking, hugely infectious highpoint enriched by Collin Oldham’s cello), we’ve gotten to know the disaster-prone teenage protagonist pretty well, certainly well enough to figure that the title’s promise is almost guaranteed to fail.

Few writers bother to write about characters as unglamorously real as these without slipping into hard-living clichés; Vlautin not only does this but also infuses the tunes with enough compassion and warmth for us to become intimately involved with their destinies. Neither is there much evidence of the cheatin’ and mistreatin’ themes that populate the tear-soaked Southern soul cuts that are an obvious influence to the Delines (Vlautin’s choppy guitar lines seem to channel his inner Steve Cropper); these tales of lives derailed, diminished and worn out by circumstance, bad luck or poor choices operate in the gray area beyond good and bad that’s very hard to get to in the limited space allowed by a song. It takes a stony heart not to end up rooting for, say, the protagonist of “The Oil Rigs at Night”, which flips Jimmy Webb’s classic pop opera “By The Time I Get To Phoenix” on its head: its her that’s leaving him, and instead of any grand drama, it’s a case of chasing an improbable dream of a life that just might have the tiniest potential of true happiness, if such a thing even exists; quite an achievement in a few quick, anything but verbose verses.

Colfax, then, resembles best of Richmond Fontaine’s work: unassuming, deceptively simple songs that gradually gain the resonance of a great short story that happens to be accompanied by great music. It’s also the work of a remarkable new outfit that hopefully won’t end up as a one-off departure (for anyone worried about the veteran band’s current status, Richmond Fontaine are currently in the beginning stages of a new album). Vlautin is finally gaining some much-overdue praise as a writer. On this evidence, he should be promptly lifted on a pedestal as a songwriter.