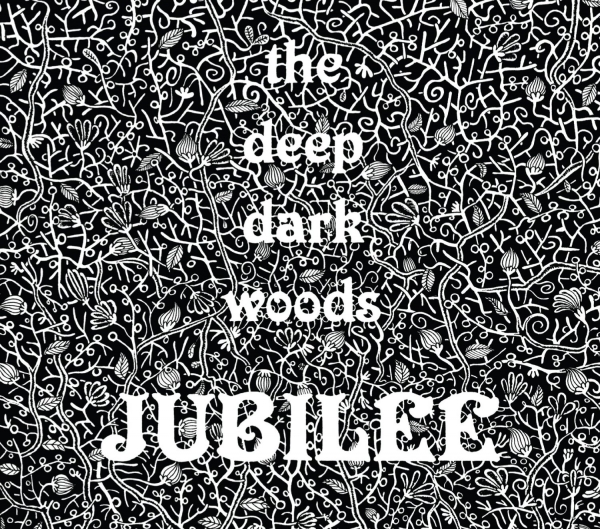 For their fifth album, and their first with new guitarist Clayton Linthicum (a youthful stalwart of Saskatoon’s alt-country scene) The Deep Dark Woods took themselves to an Alberta cabin under the Rocky Mountains. Producer Jonathan Wilson of the Laurel Canyon folk massive, and engineer Bryce Gonzales, joined them to capture a spacious, live sound that sets a jangly, trance-ey mood for what may prove to be their best album yet – one that for the first time succeeds in capturing something of the improvisatory quality of their live sound over its hour or so duration.

Opener “Miles and Miles” declares a new direction from previous work, and features the not-often-heard-enough voice of Chris Mason – with it’s natural ethereal and geeky quality – being mixed low and lost sounding in a psychedelic soundscape that is immediately attractive and intriguing – fuzzy guitars and keyboards combining to create a sound like the old Deep Dark Woods but acidly, psychedelically different.

“18th of December” returns to familiar territory – a tight story of loss, with Ryan Boldt’s vocals over an insistent drum and keyboard driven beat. “Picture on My Wall” continues in the same vein, edgy narrative voice and weird keyboards, but with a clearer, spacier edge to the sound than on previous albums.

As the album progresses the sound seems to get better and better. “Pacing the Room” is the kind of edgy ballad of a lost soul they’ve done before (“My heart is on fire/the devil’s everywhere/the light is shining/I can’t stand the glare”) but the arrangement– guitar, piano, organ and drums, with Ryan’s vocals underpinned by Chris Mason’s harmonies – sounds massively, invitingly spacious, holding your attention with the beauty and bigness of the sound.

Songs begin to extend over the three minute format as the almost gothic combination of keyboard instruments give added depth to the songs. “Pacing the Room” , “East St Louis” and “I Took to Whoring” are classic DDW fare, executed pretty much perfectly. Yet the band are not content to simply hone their craft. “The Beater” stretches part 7 minutes as Chris Mason’s fragile vocals return to play the role of an on-edge character pleading forforgiveness (‘Oh please, Oh please, Oh please please please/I guess now you know who I am’) as he comes to terms with himself and his misdeeds, while “The Same Thing” ends the album with a Band like guitar/organ work out over the space of ten minutes – a story of loss, but nonetheless a glorious and somehow joyous hopeful way to end a fine album, transporting us away from the cabin in the woods at the foot of a mountain and back to reality.

There’s a lot here, sonically, lyrically and in terms of the atmosphere created by the recording. This is a record that repays multiple listens, and may prove to be The Deep Dark Woods’ most enduring album yet.