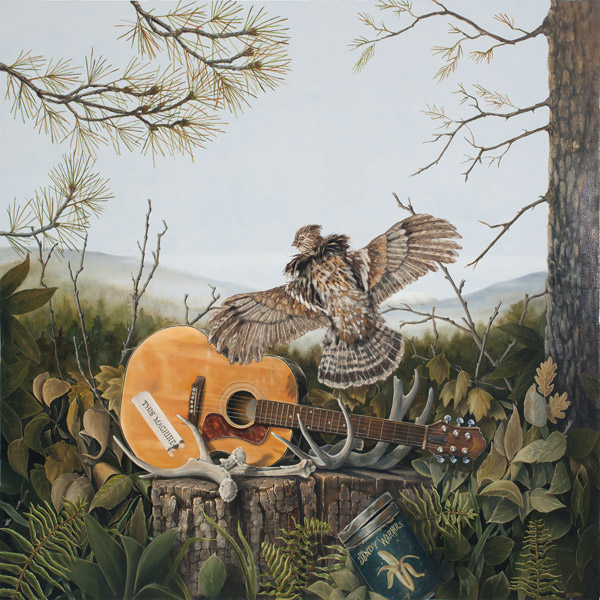 The difference between The Dandy Warhols and other influential ’90s bands who have put out material in the last few years is that the Dandys have remained active, releasing a number of records and remix albums over the years. Unfortunately, like most attempts in any genre at recreating and redefining the spirit of 20 years ago, their seventh studio offering reeks of best-before-date nostalgia. What is also evident is that the Portland-based alt-rockers are totally fine with that.

While This Machine is not bound for any year-end top 50 lists, the album should win an award for the most truthful introspective moment, as presented to us by the third track on the album, whose lyrics both summarise and foreshadow the rest of the 47-minute affair. “It went by so fast/Now I wanna go back/And that’s why I’m living in the past/I used to be cool…” ‘Enjoy Yourself’ is not a downer. On the contrary, the chorus reminds us to enjoy life, be healthy and satisfy your desires. The inspirational moment is one of the highlights of the album and whilst humming alongside the kazoo-like guitar and vocal motif, it becomes apparently clear that the Dandy Warhols are not making records to try and compete with the mainstream buzz or to attract new followers. They are doing what they love, a sentiment further underlined on ‘I Am Free’, probably the bounciest, most light-hearted Dandys track to date. While finding freedom and accepting circumstances are good and healing for the soul, moments of passion are nevertheless few and far between on This Machine which, true to its name, has the overall effect of feeling like the work of a band that is just going through the motions.

The opener, ‘Sad Vacation’ and ‘Rest Your Head’ provide the most melodic moments with soft, smooth harmonies speaking to the more subdued nature of the album. There are remnants of the old Dandys on these tracks though the songs, and the record, maintain a conservative sheen and avoid any real close family ties with their early musical cousins.

The Dandys fill 4 minutes with a psychedelic nondescript incense-burning session in ‘Don’t Shoot She Cried’ and end the album with an interesting collection of beats and noise rock on ‘Slide’. Neither of these, nor the aforementioned tracks, leave a massive impression and offer little in the way of audio-memorabilia. Taken on its own merit, This Machine is pleasant , demonstrating solid musicianship and offering a diverse range of songs. However it is inevitable (though would probably be disputed by the band) that the Dandy Warhols’ efforts will always be compared to that of their early years, at which point it is safe to suggest that This Machine does little to connect with the sheer brilliance of their past.