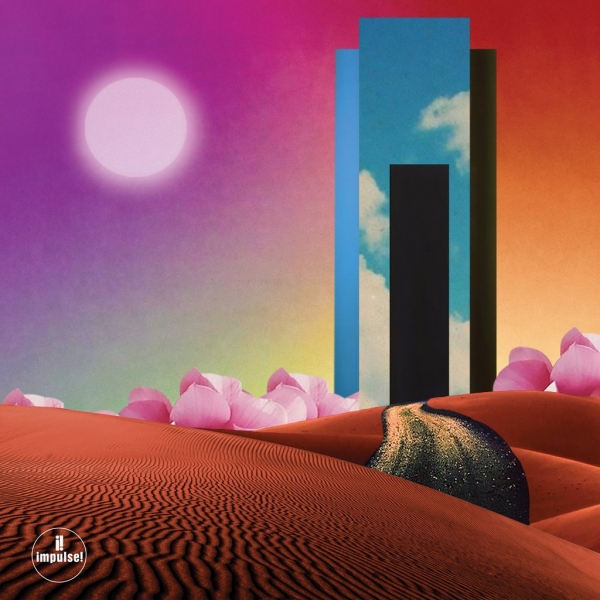 It’s curious to think that of all the visionaries that populated jazz during its initial golden era several decades ago, it’s the uncompromisingly out-there, space-dwelling and (at the time) deeply obscure Sun Ra who may well have proven the most influential in the genre’s ongoing resurgence.

The bandleader, born Herman Blount (who purported that he was from Saturn rather than the somewhat more mundane Alabama), is all over this second album from Leeds-rooted trio The Comet Is Coming, the group comprising King Shabaka (Shabaka Hutchings) on saxophone, Danalogue (Dan Leavers) on keyboards/synth and Betamax (Max Hallett) on drums. Not so much in the music itself: echoes of John Coltrane, Alice Coltrane and Pharaoh Sanders (with whom Comet now share a label) and the inner-space explorations of Can are much more evident in these predominantly pumped-up, sparsely populated yet still vividly textured jams. However, the trio certainly share Sun Ra's decidedly intergalactic vibes and, most importantly, a keen intent to remind us that jazz started out as dance music, a collective effort aimed at making you move, with the chin-stroking abstractions that the genre is now indelible linked with added to the mix later.

The determination to hop freely over genre barriers is another factor linking The Comet Is Coming to their vintage forebear. Blending afro-futuristic, spiritual '60s/'70s jazz with burping analogue synths, shimmery electronic textures, dub hues, heavy riffs and subtle nods towards smoky Ethiopian grooves, Trust In The Lifeforce of the Deep Mystery is extra-resistant to easy categorisation. There are whiffs of the globe-straddling, energised mayhem of Melt Yourself Down (whose early line-up featured Hutchings), the sparse, jaggedly funky drum & sax duets of Binker & Moses, the free-flowing improv pulses of the magnificent Szun Waves and, at a push, the post-rock atmospherics of Tortoise and others. Yet the only truly appropriate point of comparison is the trio's Mercury-nominated 2016 debut Channel The Spirits, albeit with a slightly expanded palette.

There are compelling juxtapositions on offer: witness how Hutchings' classicist ballad tones battle it out – harmoniously, though - with an insistent if gentle rumble from a battery of percussion on the reflective yet immensely danceable "Unity". The ominously creeping "Birth of Creation", meanwhile, sees Hutchings' sax rendered into another rhythm instrument on a track that almost sizzles with rich grooves. With only the somewhat ponderous, self-consciously epic centrepiece "Blood of the Past" (featuring a gloomy poetry recital by Kate Tempest) failing to take wing, Trust… is every bit as impressive as The Comet Is Coming's debut. Which is pretty high praise indeed.