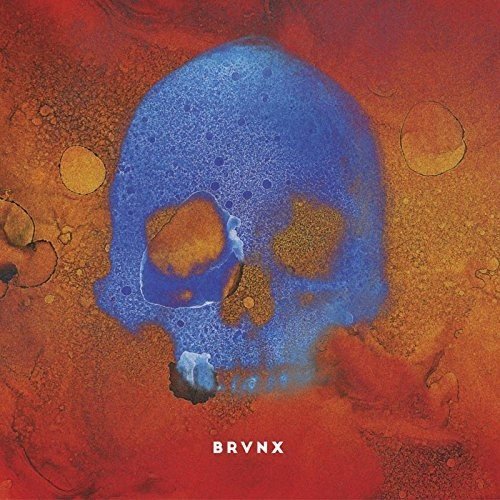 There’s no denying that The Bronx have a knack for writing catchy, full-throttled songs. Their energy level is absolute and their latest album, V, achieves the powerhouse stylings that they’re known for.

In the long run, V showcases a band who have perfected the art of loud, chant-worthy music, however, the in between where there’s room to obtain something grander simply isn’t present. Instead of pushing for advancement, V shows a band that continues to settle.

While V’s songs aren’t stylistically awful, there’s more to the album that leaves a feeling of being shortchanged aside from its predictability. Matt Caughthran’s lyrics are oftentimes watered down declarations that prove there isn’t much thought behind what’s being said. The album’s second single, “Two Birds” abides heavily to this idea and proves as a whole, V is difficult to take seriously, even as a rager: “One for the money and two for the show / The party’s over baby we gotta go / What happens next? / Who fuckin’ cares?”.

It becomes more and more difficult to juggle the validity that went behind the process of V – maybe it’s a choice made confidently by the band to not tamper with their blueprint…to a point The Bronx have found solace continuing to work with what best suits them – a lot of bands abide heavily to similar fabrics, but over time those subtleties come to the forefront. V isn’t distinguished in that way. Rather, the Bronx has played it safe – they’ve made the choice to stay comfortable and unfortunately slightly mundane.

Technically speaking, the Bronx are a talented band – their rhythmic force is unequivocal from start to finish, but V isn’t an album that comes across as memorable. While it satisfies the need to move around and proclomate, the end result of V proves hapless as well as frustrating to see because the Bronx have an immeasurable amount of talent – it’s just too bad that this far in, they haven’t managed to harness it entirely and create something more monumental.