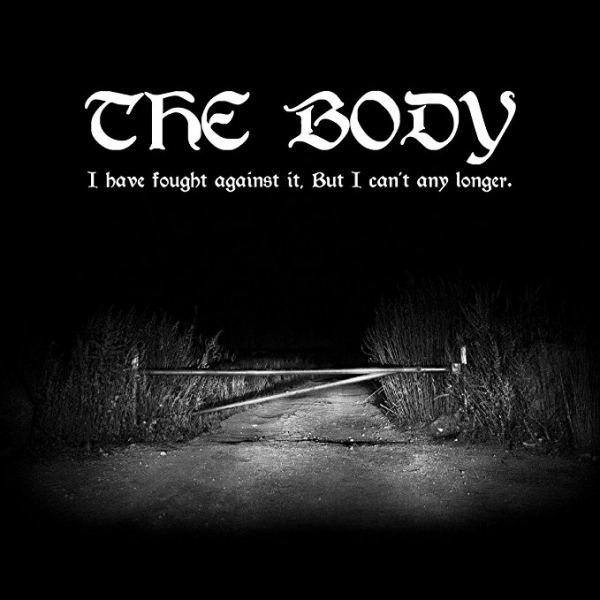 When we last left the experimental metal duo, The Body, they gifted us A Home on Earth, a nine song EP released just three days after their second collaboration with Maryland’s Full Of Hell. Known for turning the genre of metal on its head, their newest album, I Have Fought Against It, But I Can’t Any Longer., shows Lee Buford and Chip King pushing themselves further down the experimental scope.

The Body are experts in stretching their sound but have also gained a reputation as a band who become difficult to define. At times they can incorporate an industrial quality, playing loosely with electronics and textures while other moments offer desolation and utter havoc. The Portland duo have managed to label themselves in untraditional light, but their process in reaching something fantastic comes with its own tribulations. I Have Fought incorporates a lot and that’s the basis of its problem. Although Buford and King don’t entirely abandon what makes The Body so wonderful, the additions they use to make a different sounding album can sometimes do more harm than good.

I Have Fought starts off with momentum. Buford and King ease us in with a string-filled opener, “The Last Form of Loving”, but that feeling quickly shifts. “Can Carry No Weight” begins with warm, pulsating beats – almost reminiscent of Axel Willner’s project, The Field. The track is quickly consumed with King’s screams, but where it drops off is the addition of the choral female vocals, an odd addition that weakens the song. The Body manage to recover with “Partly Alive” and “The West Have Failed”, two songs that showcase the duo in the grandest light while at the same time feeling like hell on earth.

“Nothing Stirs” is another track that starts off confidently, but immediately loses momentum with the addition of the female vocals heard previously, a trend that is unfortunately used throughout the album. “Off Script” is a gnarled killer, a standout track that shows the Body honing what they do so well and shows them simply expanding on those ideas, making them razor sharp. Aside from the handful of standout tracks, the album offers questions as well. The oddball closer, “Ten Times A Day, Every Day, A Stranger” is a long drawn-out narrative track that seems unnecessary and pointless. Regardless of the album’s flops, the Body are anything but traditional. They continue to test the waters, which in itself is admirable, however, the execution in reaching a pinnacle can get lost from time to time. I Have Fought shows the Body running roughshod and a band who will continue to push and who will never settle for less.