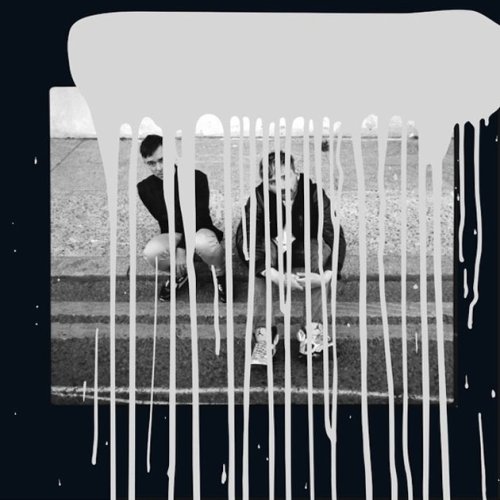 Guitar music. Is it up? Is it down? Is it dying, or is it slowly starting to clamber back into the charts? There are so many debates about the state of the genre it’s too close to call. One thing, though, is for certain: what we do need if guitar music is going to make a commercial comeback is a slew of brilliant albums, that go on to sell bucketloads. Sounds simple, but evidently pulling it off ain’t. Maybe the first steps towards recovery may have already been made with The Maccabees – set to top the charts with their third album. But without another chart-topping LP from a fellow guitar band, then their achievement could end up looking like a nothing but a minor spot of hope. Simply put, one big-selling album isn’t good enough, we need more.

With Future This, The Big Pink, attempt to do just that: give us more. Where on their debut there was an even balance between pop and rock tunes, this time they’re going for the jugular, and it’s fair to say this album seems quite clearly to have been created with massive arenas and headlining slots in mind. The choruses are gigantic, the melodies begging to be lodged in your head. All of the “edge” that was present in their debut has been polished away. That’s fair and well – there is nothing in itself wrong with bands wanting to become more accessible. But is the quality of the music being compromised? Well, the two tracks that open the album suggest otherwise. ‘Stay Gold’ sounds like ‘Dominos’ but on steroids and ‘Hit The Ground (Superman)’ feels like it could be a massive hit, with all that is needed being an advert to propel it into mainstream conciousness. A song this big deserves to be everywhere.

‘Give It Up’ and ‘The Palace’ also hit the spot, but on the rest of the album the quality starts to slide. As Future This progresses, The Big Pink’s ambition of ubiquitousness begin to border on desperation. Tracks start to sound uninspired, melodies start to sound like they’re being dumbed-down instead of aiming to be simple. Also there are a few tracks – ’Rubbernecking’, for example – that sound too similar to The Naked & Famous: too many to go unnoticed – alter the pitch of the voice and you’d think it was the New Zealand fivesome. It’s sad to think a band who were so fresh-sounding a few years back on their arrival are now sounding like they have been heavily ’influenced’ by others.

Future This, is by no means a failure, and depending on how well the singles do it may very well become the chart-topper that guitar music so desperately needs. But it’s an album that feels like it was created by two people who clearly so badly wanted to become massive that they were willing to get rid of everything that got people so excited about them in the first place. A step forward in terms of commercial success maybe, but a step backwards in terms of creativity. Whether it’s worth it or not, only time will tell.