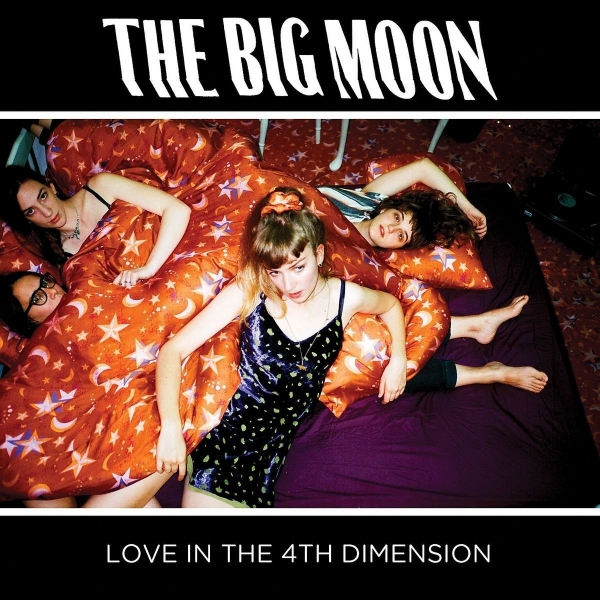 Camaraderie can’t be faked. You can spot a lack of chemistry from a million miles away.

Whether you’re a duo or a much larger collective, actually getting along and wanting to spend time together works wonders for your music. It’s why Little Mix, despite being manufactured, work - because they actually seem to like each other a lot.

The Big Moon have that bond in buckets. From interviews through to their live shows, there’s an electric chemistry between the four of them. They’re just four mates having a laugh. And with something as simple as that, they’ve become a band that really feel special.

With their debut album, Love in the 4th Dimension, they’ve captured lightning in a bottle. It’s an album that brings back that giddy feeling of finding a band that’s just pure fun to listen to. There’s no pretension here. In fact, it’s an album that embraces its imperfections and makes it part of the DNA.

You’ll find coughs, you’ll find yelps and you’ll find drum rolls imitated through blown raspberries. "Pull the Other One" even ends with someone dropping their tambourine. Keeping these things in, rather than letting them fall to the cutting room floor, only adds to the carefree image that The Big Moon like to radiate. If anything, cutting those fun little moments would probably have been to the album’s detriment.

You could have all the little surprises you want, however, but if your songs are no good it’s all been a waste. Luckily, Love in the 4th Dimension is also an album full of straight up bangers, built to be screamed back at the band at festivals all across the summer.

Tracks like the fantastic “The End” and old friend “The Road” hit the formula bang on, making it almost impossible not to want to sing along. They fizz and they spark and they bury their way into your head with ease.

From the gorgeous harmonies of “Happy New Year”, to the absolutely riff-packed “Bonfire”, which sounds like the band throwing on their leather jackets and doing doughnuts and wheelies in a Tesco car park, they’ve taken the great devil-may-care attitude that made Britpop so exciting and brought it to modern festival-going audiences.

It might not break the mould but then not all great albums have to. Sometimes all you need is an escape; a world of fun to jump into when you need a little pick me up. The Big Moon have always been good at that, ever since the release of rough-and-tumble “Sucker” but, with Love in the 4th Dimension, they’ve capitalised on that feeling and make a truly stonking debut.