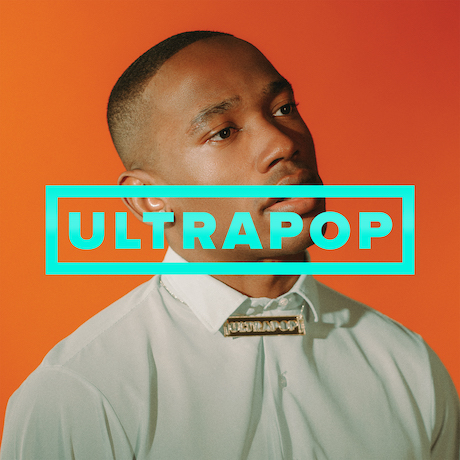 Often, when bands claim their new album is “heavier and more melodic”, it rarely shows up trumps. What’s even rarer is when by “heavier” they mean the mathematical chaos of The Dillinger Escape Plan, and by “more melodic” they mean the cutesy synth bliss of late ‘00s neo-psychedelic bands like MGMT and Animal Collective.

Michigan’s anonymous hardcore pack The Armed have been smart enough to not bother stuffing such cliche quotes in their interviews, instead opting for much more elusive and pranksterish fan-teasing, but by any measures, ULTRAPOP is far ahead in the running to be both the heaviest and the most melodic album of the year.

Newcomers to The Armed will likely have a mixed time penetrating their multiple walls of sound. Some tracks, like “AN ITERATION” and “BAD SELECTION” put the melody right in front of you, with “ALL FUTURES” boasting a chorus as catchy as punk music gets. But others like "REAL FOLK BLUES” and “FAITH IN MEDICATION” require you to dig through a few dozen layers of blistering white noise, riot-punk screeches and glitched-out guitar thrashing. Even at the album’s sugar-sweet moments, the drums are kicking up a rebellion all of their own in the backdrop.

Once you’ve acclimatised to the band’s assaults though, it's hard not to fall in love with the album’s opening, which manages to sound like a disturbed funeral dirge and an ascent to the heavens all at once. This mirrors nicely with the final track, “THE FUTURE BECOMES A SCULL,” which can only be described as a gothic-industrial meditation, being sung from a castle by a cyberpunk vampire.

The capital lettering on the song titles is absolutely earned, as is The Armed’s reputation as one of the bands truly dismantling expectations on what heavy music ‘should’ be. This definitely isn't for everyone, and the production and mixing is particularly un-inviting this time around. On top of that, the big question of who The Armed actually are looms larger and larger, with entire fan forums dedicated to the decoding of their music videos. But the sheer tunefulness in the songs beneath it all is actually incredibly heartwarming, and something that deserves as much attention from the adventurous indie listener as it currently gets from the rock and metal gatekeeping elite.