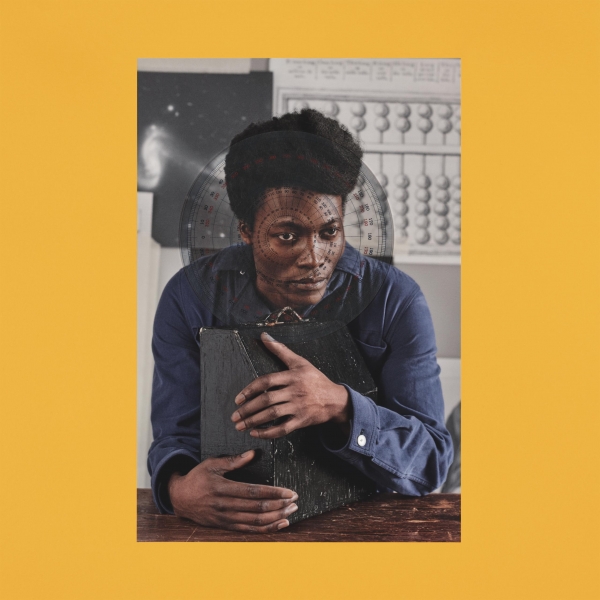 Like most stories, the tale of I Tell a Fly’s conception has a discrete beginning.

Upon inspection of his visa allowing travel from Europe to America, Benjamin Clementine stumbled across five intriguing words: “an alien of extraordinary ability”. Those five words acted as the catalyst for Clementine’s second studio album, I Tell a Fly. Initially conceived as a theatrical play, this wildly unpredictable and dramatic record - informed by Clementine’s nomadic experiences and the current geopolitical climate - narrates the tale of two flies in love, exploring and learning about the world together before they part.

I Tell a Fly’s narrative device allows Clementine to emphatically embrace the avant-garde. Carefree and at points maniacal in nature, Clementine frenetically juxtaposes a plethora of musical motifs throughout the record. The blistering “God Save The Jungle” features spectral chanting upon a backdrop of baroque synthesisers. “Phantom of Aleppoville” screeches like a banshee before subduing itself to Clementine’s calls of “Billy the Bully”. Similarly, “Farewell Sonata”, moves from a soft introductory piano melody to chaos and dissonance underpinned by howling, flanged vocals.

On his Mercury Award-winning début, At Least For Now, Clementine showcased an unique ability to merge pop sensibilities with a sense of theatricality. “Better Sorry Than A Safe” continues this tradition, as Clementine merges an amplified theatricality with a stunning pop chorus of elegantly elongated vowels, as he sings, “bon voyage”. This merger however is a rare occurrence within I Tell a Fly, as Clementine for the most part shuns traditional pop song-writing structures.

By shunning traditional pop structures, Clementine has created a record that is both expansive and labyrinthine. The record’s expansive nature allows tracks to move freely between genres as Clementine explores exciting and previously uncharted (for the singer-songwriter) sonic territories. The record’s creative zenith, the disconcerting “One Awkward Fish”, for example, finds Clementine experimenting with dislocated motorik beats and doom-laden basslines, which are highly reminiscent of David Bowie’s “Blackstar”.

So seldom does Clementine flirt with traditional song-writing on I Tell a Fly that when it does emerge, it feels peculiar and somewhat quaint. “Jupiter”, which reflects on Clementine's time in America, marks one of the record’s more conventional moments, along with “By the Ports of Europe”. The latter, masked by a jaunty melody, serves as an ode to Clementine digesting the news and its portrayal of newscasters and their subjects (“Thief whispers to princess / Should we leave or should we stay?”).

Although I Tell a Fly is a record of stylistic undulations, Clementine’s vocal performance acts as the breath-taking, emotive constant. His voice - an instrument in its own right - is pertinently the appropriate medium to carry the higher thematic elements of I Tell A Fly, which touches on many current world horrors. “Paris Cor Blimey” - with its play on the word “pen” - tackles French nationalism; “God Save the Jungle”, a scathing missive to England, is undeniably referential of the Calais migrant camp; and “Phantom of Aleppoville” alludes to the trauma of war, displacement and childhood bullying.

In a recent interview with The Guardian, Clementine joked, “I don’t think the new album will sell like the last one - sorry!” When listening to the record, it is clearly evident that I Tell a Fly has not been designed to replicate the sales figures of his début. Nor has it been created to placate any desires for a sonically similar follow-up. It does however act as an instrument for Clementine to scratch an intense creative itch.

With that in mind, there lies the conflict when discussing the strengths and weaknesses of I Tell A Fly. Clementine interpolates poetry by Joyce Kilmer (“Ode From Joyce”), studies on childhood bullying and even “Over the Rainbow” (on the beautiful ballad “Quintessence”) throughout the record to bring to life many of the higher themes on I Tell a Fly. However, such references could easily be perceived as highfalutin and delineates an intellectual void between audience and creator. Like members of an audience in a grand theatre, we only gaze at Clementine’s mad brilliance from a distance. This distance between audience and creator proves to be I Tell a Fly’s greatest weakness, as a tangible intimacy is somewhat lost through its flight of ideas.

Although so much has been written of Clementine, like many of the great artists, he perpetually exudes an otherworldliness. He is a rare talent that we must cherish and allow to scratch what ever creative itch he wishes to. With I Tell a Fly, Clementine proves he is indeed an artist of extraordinary ability.