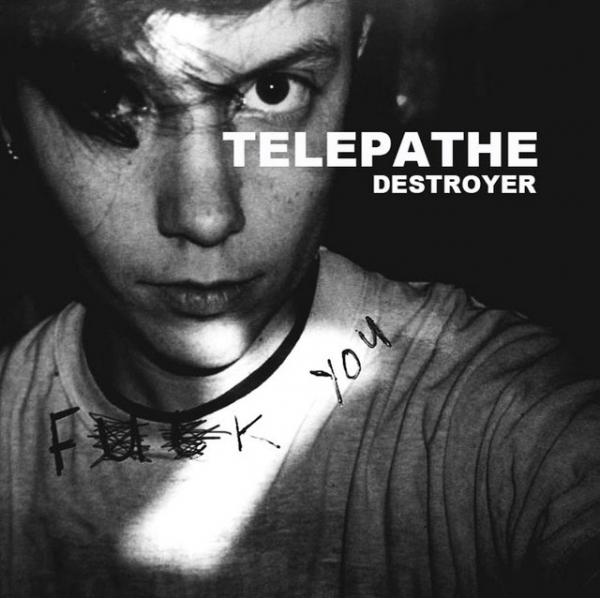 When we say that Brooklyn duo Telepathe’s second album is long-awaited, we really do mean it.

It’s a whole six years since debut Dance Mother, and the cuts that Busy Gagnes and Melissa Livaudis devised in their Sunset Boulevard retreat have been thrown into the mix for this second record of chilly synth pop, hip hop-derived beat loops and avant garde poetry. The result is exactly as haphazard as it sounds.

"Drown Around Me" and "Slow Learner" lead the charge on the first half of the record, the former a velvety dream of a love song whose calm surface is dappled in hazy spotlights and broad, dry ice synth strokes. "Slow Learner" deploys more shining and shimmering keystrokes, coughing and skittering beats and groovy spurts bass on the highlight of the record, a danceable and perfectly weighted single wracked with unrequited lust. "Shy I am around you / Shy I am around you" they sing on the chorus, which consumes the emptiness around it and pours forth its angst without even giving way to a second verse.

When it gets it right, Destroyer is an album that gives expression to all the undeclared, fragmented, desperate emotions that writhe and push at the walls of intimacy. "Nights Spell" plucks at Swass beats and a Silent Shout sense of cosmic weightlessness as it too drifts on its desolate refrain, a coupling never quite consummated: "I'm under, I'm under, I'm under / You got me, you got me, you got me".

When it doesn't reach these ecstatic heights, Gagnes' and Livaudis' songwriting can still come across like the classroom recitation of haiku, a stilted and untrusting interrogation of the verses that don't so much carry the tracks as occasionally prod them in varying directions.

If "Slow Learner", "Drown Around Me", "Hold On To This" and the title track all look familiar, it's because they are. The songs that appear here are more polished and pop-sensible thanks to the production of Lewis Pesacov and longtime collaborator Dave Sitek, but it's a puzzling indictment of the years they've spent at the creative coalface that four of the ten tracks here were already being spun as early as 2011.

What we’re getting, then, feels less like a truly fresh album and more like a compilation of hit singles and B-sides. It’s absorbing, sometimes intriguing, others rankling, but if there was any lesson in albumcraft to learn from Dance Mother it was that the pair should perhaps have paid more attention to the whole than to the components.