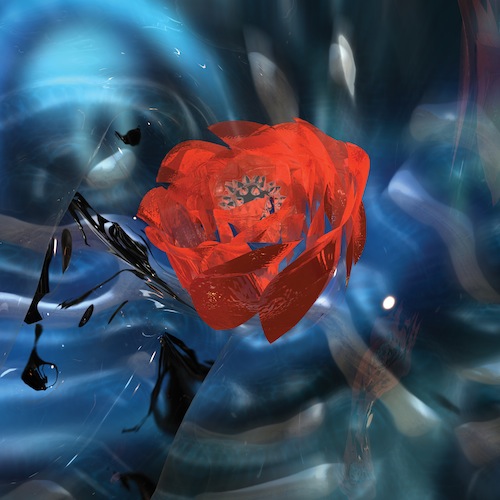 Music as experienced through memory has been a thing for a while now. If you follow the thesis laid out by Simon Reynolds’s Retromania, the ’00s were low on innovation but big on revivalism. Teengirl Fantasy’s debut, 7 AM, seemed ready-made to exemplify Reynolds’ point about a music culture obsessed with its own tail. The record sampled heavily from the past, and while it didn’t sound exactly like a rehash of anything made before, it made a point of sounding how we imagine music sounds when it’s filtered through time. Its outstanding track, ‘Cheaters’, revolved around a vocal sample from ’70s disco outfit Love Committee’s ‘Cheaters Never Win’. On the original the vocal is upbeat, triumphant, – “You ain’t foolin’ nobody but yourself, fellas” – surrounded by a jaunty funk throb. As reimagined by Teengirl, the vocal is stretched to sound less like a recording and more like a memory of one, and, partly thanks to the foggy house throb that accompanies it, the same vocal – once triumphant – sounds desperate, pained. At its best 7 AM shared with the genre of chillwave a strong sense of music as shaped by lived experience. Unfortunately, though, the album wasn’t filled with such moments. More often than not they boiled down the same philosophy to just stretching stuff out. They had form in doing this: inspired by that whale song 35 minute “reworking” of Justin Bieber, Nick Weiss released a similar re-fashion of Mariah Carey’s ‘Touch My Body’ that rendered its original source material unrecognisable. Such moments of playfulness are fun but throwaway linkbait, less compelling on a record proper.

With this lack of focus on their lack of focus in mind, Tracer sees the duo sharpening up their sound, forgoing the samples that dominated their previous work, and throwing more elements into the mix. ‘Orbit’ serves as a palate-cleansing curtain opener that cuts through the hazy murk of everything the pair have done before with dazzlingly bright surfaces and nervy hi-hat hits pinging off one another. ‘EXF’ borrows the plastic-y synth tone and maximalist philosophy from recent Reynolds favourite Rustie to build an intersecting, buzzing climbing gym for guest vocalist Kelela’s gleeful vocal to swing from. At the other end of the vocal spectrum, ‘Mist of Time’ has Laurel Halo doing the Laurel Halo thing: putting her over-enunciated vocal front-and-centre in the mix, powerfully punching above the track’s Balearic twinkle. ‘Eternal’ even features bracing article panpipes. It’s all good, exciting stuff.

The record’s not all lights, mirrors and shininess though. There are still elements of the Haze&B that defined their first record. ‘Pyjama’ enlists Panda Bear – an experts of sorts in making murky, inscrutable music compelling – to sing a hippyish koan over clattering production and tribal drums. ‘End’ starts off sharp and grounded, but eventually lifts off into space on some spiritual voyage. The former works, the latter doesn’t.

It might not just be a case of the guest vocalists brining the best ideas to the table, though. The end of the album tails off quite a bit, and ‘Do It’ serves as a kind of mirror image of the great ‘EXF’. The track forgoes the latter’s off-kilter playfulness and attempts to will itself into greatness with a slowly layering build. Only there’s one problem: Romanthony’s vocal is truly awful and the track’s never good enough to disguise it. It seems harsh to pick on lyrics in a dance track where vocals are generally used to offer vague exhortations to have a good time – this is the Romanthony of ‘One More Time’, after all – but try this on for size: “I’m gonna do it, do it/I wanna have some fun I’m not the only one”.

Tracer is a gentle evolutionary shift into slightly more compelling territory. Marginally more interesting than its predecessor while trying out a different sound, it suggests the duo might be slowly growing in confidence. And, for now, we can wait while they work things out. Maybe time will make them more interesting.