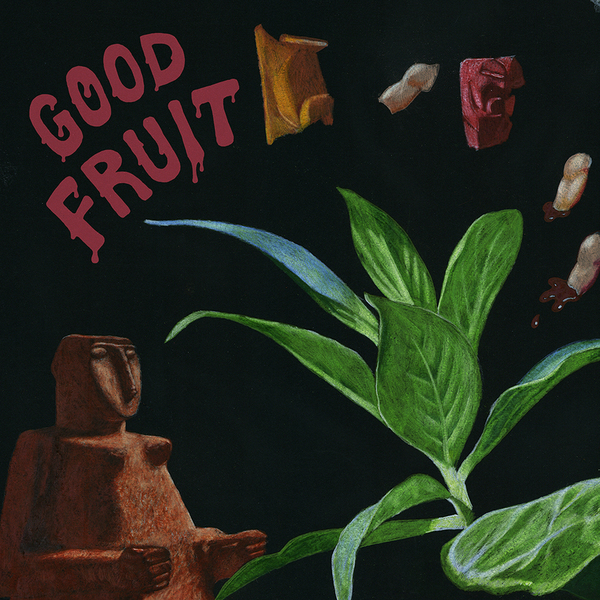 Restless, genre-blurring bands such as TEEN find themselves frequently the subjects of damning faint praise – “more admirable than likable”, “ambitious”, “promising” – and an endless string of six or seven out of ten reviews peppered with words like “uneven” and “confused”.

Such has been life for the sisters Lieberson, whose band is now pared down to their familial trio, across three studio albums thus far. TEEN’s eclecticism is unquestionable, their harmonic vocal prowess and execution of such far-ranging styles as woodwind-infused prog rock to D’Angelo-inspired R&B woefully underappreciated among a sea of artists playing things far safer.

For any lingering doubters – or, likely, those too antsy to let the nooks and crannies of prior albums reveal themselves – Good Fruit is where everything heretofore for TEEN comes together and, likely non-coincidentally, it’s the first album self-produced by the band. More fully taking the reins over the album appears to have consolidated and crystallized the Liebersons’ artistic vision, while an increased songwriting and lead vocal duty share between guitarist Teeny to keyboardist Lizzie has proven a boon to the album’s balance.

TEEN’s songs have always approached the common themes of social and personal relationships from a distinctly female perspective, and Good Fruit is no exception, turning the male-dominated view of the confusing and frustrating woman on its head in conveying its simple desires for fair, unfettered love free of shenanigans in the plainest language. Echoing its lyrical content and mood, the band exudes confidence and vulnerability across impressively complex arrangements that affirm the knotty emotions behind the reality of seeking these simplest of wants.

The songs helmed by Teeny are among her most audacious in the band’s catalog, which are afforded here by sister Lizzie’s slower and more soulful fare. In what is practically an old-fashioned manner these days, Good Fruit is neatly split between dense R&B-inflected synthpop and plaintive, no less challenging slow numbers. Elements such as drone-indebted psych, jazzy woodwind flourishes, and frantic, layered synths gel together from previous work and are anchored by TEEN’s omnipresent vocal harmonies.

Teeny’s vocal intensity on “Ripe” juxtaposes wrinkle-free with her snappy guitar licks, a reminder that she’s increasingly become an expert at weaving the instrument into the tight knit of the band’s arrangements. Single “Runner” ups the ante on the former, looping her vocal acrobatics into the mix and later aping them on guitar. Changing gears, Lizzie’s swinging “Shadow” punches many a-button, a skittering keyboard riff loop, saxophone-punctuated bridge, and deadly bassline while the plaintive closer “Pretend” is the album’s sparest number, that is until a cavalcade of cymbals, synths, and feedback rush in two-thirds the way in carrying the album to a rousing close.

In figurative terms, Good Fruit's moniker is a tasty, cheery understatement. It’s a challenge and a pleasure; a banger and a crooner; a lover and a leaver, and easily the best album of TEEN’s career.