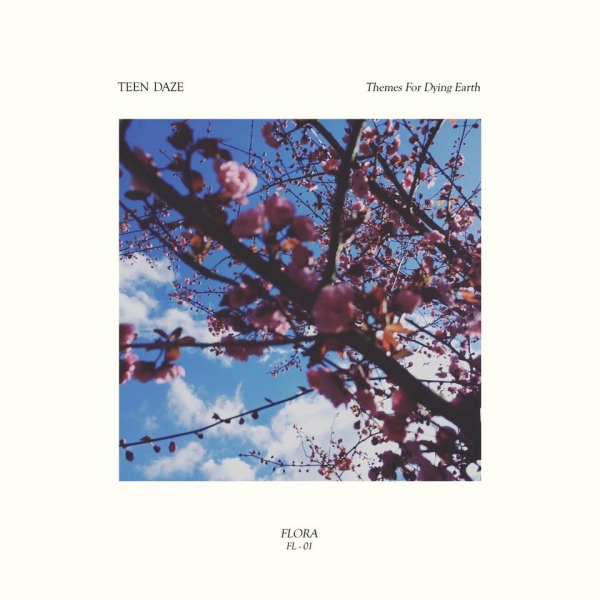 Naturalist preoccupations have bubbled above the surface throughout Teen Daze’s course from bedroom- to studio-nurtured electronic pop. The striking British Columbia landscape has always at least loomed in the background, but it moves to the fore on Themes for Dying Earth.

Water and all the depth and mystery it suggests has been a recurring image in Jamison Isaak’s music, from early tracks like “Shine On, You Crazy White Cap” and “Waves”, to a clutch of songs on Morning World, his 2015 album recorded with John Vanderslice at his famed analog studio, Tiny Telephone. The concern on Themes for Dying Earth isn’t the riddles of Earth so much as its reality. Isaak wanted the record to be “more of a reflection of what’s actually outside the window”; his particular window looking out on the Fraser Valley in Abbotsford, a town inland east of Vancouver, BC.

A gesture of resetting, “Cycle” slowly cracks through a thin shell of introversion, opening up into fluttering synthetic warmth. Themes for Dying Earth is filled with as many three-dimensional instruments as digital sounds, but it doesn’t revisit Morning World’s flirtations with the jangling guitar and rattling drums of indie rock. It does, however, continue to invest in fruitful but unimposing collaborations. This time around Isaak connected with S. Carey, Dustin Wong, Nadia Hulett, Sound of Ceres, and Jon Anderson, who engineered, mixed and mastered the album, and also plays pedal steel on “Anew”.

“First Rain” is a harmonious fit for Bon Iver drummer and solo artist Carey, who contributes vocals and percussion. Descending in on a new wave slow jam keyboard line, the song circularly hints at a build-up but ultimately holds back, similar to the tasteful folk restraint found on Carey’s breakthrough album, Range of Light. “Rising” delivers a terrifying premonition in deceptively dreamy phrasing: “Will an endless wave take us away?/An ending we created, nothing left to save/What a beautiful way to watch our bodies fade/A single wave could drown the whole world away.”

Beyond Isaak’s lyrical focus on his surrounding environment and the concerns about climate change that sparked Themes for Dying Earth, musically the album moves in a more organic way from one song into another than if it were just a collection of ten songs. “Dream City” is the droning connective tissue between the familiar pop structures of “Cycle” and “Lost”. The album’s serene peak, “Water In Heaven”, elapses like a meditation. If real resolution may not be at hand, Themes for Dying Earth still pulls a stoic resistance out from a sea of anxieties.