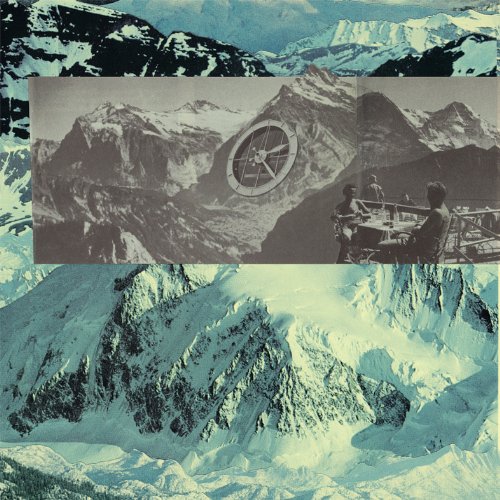 AVERT YOUR EYES! Or you may encounter a dirty word: Chillwave. OH GOD! THE HORROR!

Or at least, you’d think that it deserves that kind of reaction, based on the enormous aversion to the term amongst the music press at the moment. Everyone seemed relatively happy with the ‘C(h)’ word – or as happy as you can ever be about using spurious labels to categorise the ever fluctuating and divergent evolution of music - until earlier this year. The release of Paracosm by Washed Out (AKA Ernest Greene), whose first single came less than a year before Teen Daze’s first long-player Four More Years, marked an attempt to distance Greene from the ‘genre’ he helped define. See here, here and here for examples of all the best music peoples saying exactly how.

Why distance the founding fathers of Ch***wave from the very style they created? Because all labels have a shelf-life. And some musicians are too good to have their careers swallowed by the decline and fall of a mere musical fad. This is the case with Teen Daze.

Yes, Glacier still sounds like a Teen Daze record; there are piles of vox-synth and reverb, unintelligible lyrics and not a single memorable melody in sight. This latest effort, however, marks a transition.

Teen Daze records often use specific settings to contextualise their ambient fuzziness. Usually, this has something to do with the beach, the coast or possibly another planet. Glacier, however, seems to be the most effective attempt yet at creating a sonic landscape that evokes a tangible, geographical environment. Without bringing in yet another dirty ‘C’ word (concept album), here are two cleaner ones; it’s a remarkably cohesive collection.

It’s the glacial purity that opens the first track, ‘Alaska’, and which permeates the rest of the album, which shows Teen Daze has progressed from the sunny, blurry but slightly unrefined song writing that marked the early stages of his career. ‘Flora’ begins with the sound of wind whipping across a frozen expanse of pack ice, slowly layering one minimal motif on top of another, in a swirl of crystalline geometry. Ultimately, it spirals out of control with a series of chromatic key changes that are a descent into madness. ‘Ice on the Windowsill’ melts into the velvety textures that make this album so delicious, while ‘Walk’, the final track, has a Brian Eno-esque delicacy and solemnity. Yes, alright, we’ve all heard ‘Deep Blue Day’. But the restraint of this minimalist approach shows musical growth, maybe even a certain gravitas. All in all, Glacier appears to constitute a bid to be taken seriously.

So, just as we have attempted to rescue Washed Out from the flames that are destroying the once proud tower of Ch***wave, threatening to engulf bedroom musicians the world over: let’s do the same for Teen Daze. (I know, he’s a C*******. But that’s nothing to be ashamed of. Who doesn’t love Canadians..?!) So what if he is an introverted hipster playing around on a Macbook? He’s simply too good to stop now.