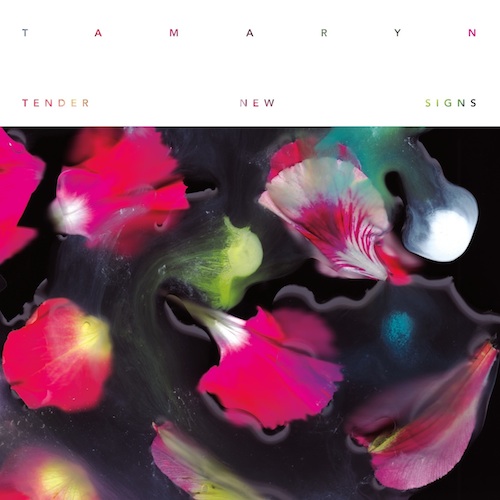 The shoegaze ethic has been dominant among independent-minded artists in the past five years. There aren’t many bands who crib directly from Mazzy Star or My Bloody Valentine, but the self-disguising, navel-gazing blear of the genre is everywhere from The Weeknd’s coke-sniffing haze to The XX’s night-bus sighs.

It’s an approach suited to the solipsistic way music is consumed now – from laptop speakers on the bed and iPod headphones on the train home – plus it covers up the unsightly imperfections of how music is produced; it’s a sound that conceals amateur production jobs as well as vocals.

Tamaryn are an actual shoegaze band with a reverb pedal and dead-eyed vocals. Their 2010 debut, The Waves, seemed to take into account some of that familiarity. Backed up by an unapologetic engagement with melody and a powerful low-end, it was a solid shoegaze record whose physicality acknowledged how familiar its premise was. Its best track, ‘Mild Confusion’, only occasionally offers the familiar shoegaze haze, preferring to show off its rumbling bass line and skittering drums. Rather than cloudy, ineffable reflections or space-vacuum grandiosity, The Waves’ grit brought to mind water-eroded cliff faces, movement at a seismic space and heat-hazed, sprawling landscapes.

Between then and now, Tamaryn released a cover of Jesus and the Mary Chain’s ‘Teenage Lust‘ with fuzzy-guitars kindred spirit and Dum Dum Girls front woman Dee Dee Penny under the moniker Les Demoniaques. The name was taken from a Jean Rollin film where a pair of rape victims make a pact with the devil to gain revenge against their attacks, and, like the Dum Dum Girls latest EP, Tender New Signs wears its goth influences on its sleeve and presents a marginal cleaning up of their sound. Throughout Tamaryn sings about flowers, petals and seeds – fertile metaphorical territory, clearly – in serious, myopic detail. On ‘I’m Gone’ she writhes “tell me when” fatalistically over a krautrock beat, as if administering laudanum to an unsuspecting victim. ‘While You’re Sleeping, I’m Dreaming’ asks you to consider “the velvet light in your room”, as if narrating an Edgar Allan Poe story.

Like most music that aims for the narcotic, there’s an element of self-seriousness to it that’s easily punctured. When ‘Heavenly Bodies’ muses “Deep inside a fever sleep/The dead air curls/And begs to be breathed”, it’s hard not to imagine – rather than some ethereal dream scape – a sulky teenager playing dress-up or penning poetry inspired by that copy of Beyond Good and Evil they borrowed from the school library and kind of understood, before being interrupted by their Mum bringing in tea. Similarly, on ‘Afterlight’: “The dirt on the veil of ecstasy/In temporal hours turn to leaves”.

More eloquent without the schlocky pseudery is Rex John Shelverton’s guitar work. Rather than an indistinct blur, often his guitar is made up of an overlapping cascade of individual notes, and there’s a tentative appreciation of space and tempo to combat the limiting slow/kinda slow settings The Waves suffered from, but only as a means to accentuate the Xanax haze. ‘Transcendent Blue’ ebbs and flows between a lone fairytale arpeggio and a larger misty wash, while ‘The Garden’ has something resembling a skronking guitar riff and a very definite solo.

That said, there’s very little to differentiate Tender New Signs from The Waves. Both albums are made up from the same well-familiar influences and end up in the same territory. Talking to Pitchfork Tamaryn was frank about staying true to those influences. “I’m interested in joining histories”, she confessed. But with so many of those sounds familiar even to someone who’s never heard of the Cocteau Twins, it might be an idea to move forward for record number three before they disappear in their own mist.