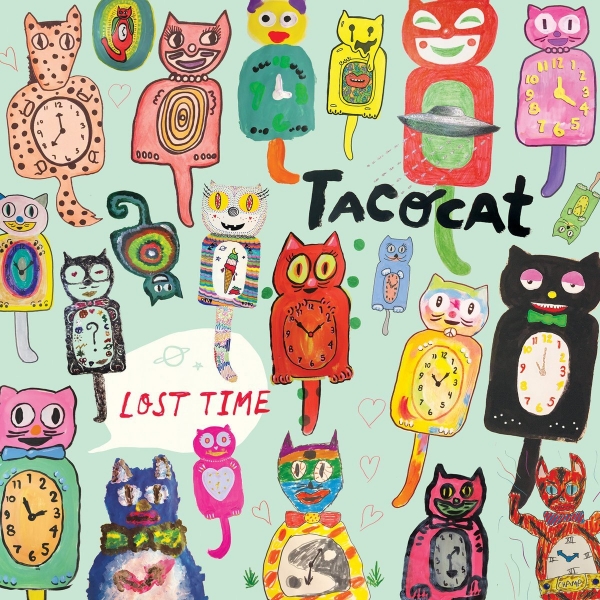 Tacocat’s bassist, Bree McKenna, may be the child of original Metallica guitarist Dave Mustaine, but the band’s music couldn’t be further away from the cacophony of Metallica’s thrash metal. Their new album, Lost Time, takes the successful formula of accessible alt-pop intertwined with a strong feminist message used on the band’s prior two full-lengths and refines it - the songs remain economically short, but the production is tighter which makes the album as a whole sound more colourful.

Lost Time sounds like Toronto indie-poppers Alvvays, had they signed to cult garage-rock Californian label Burger Records and made a song containing menstruation metaphors. "Men Explain Things to Me" is textbook Tacocat, and it could very easily become an underground feminist anthem in the same way that Chastity Belt’s "Cool Slut", Girlpool’s "Slutmouth" and Childbirth’s "I Only Fucked You as a Joke" have.

But what sets Tacocat apart is the accessibility of the songs. They take negative themes and coerce them into enjoyable, danceable songs - it’s the ultimate bittersweet juxtaposition. For example, the album’s lead single "I Hate the Weekend" is about, well, hating the weekend, but the song is, rather ironically, turned into a arms-in-the-air Saturday night singalong with its summery guitars and happy-sounding vocals.

As Tacocat continue to effortlessly release easygoing pieces of period-positive art, it’s a shame that they don’t receive the level of commercial success and exposure that they deserve. They are definitely a marketable band (it’s no wonder Katy Perry ripped them off) and Lost Time is Tacocat’s biggest accomplishment to date - 27 minutes of bubblegum pop that doesn’t lose its taste.