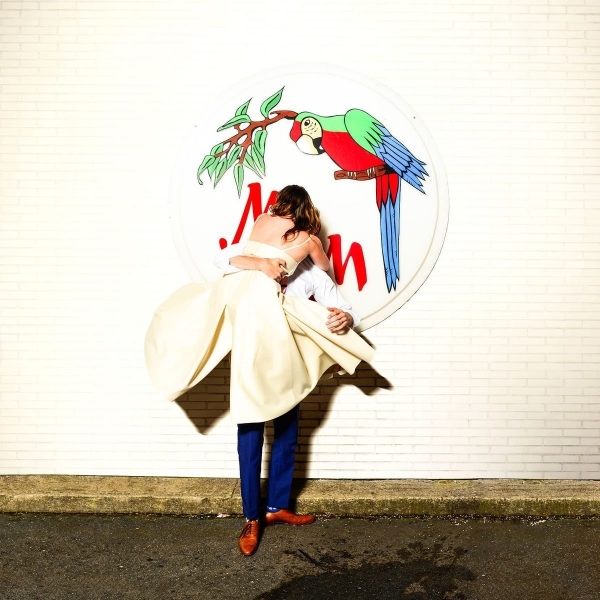 Born from an Appalachian a capella group and a psychedelic folk band which once featured Justin Vernon, Sylvan Esso has always been an odd prospect.

Theirs is a sound that combines the sparseness of their respective folk backgrounds, Amelia Meath’s Mountain Man especially, with the lush bright synths that Nick Sanborn had begun experimenting with when the two met. It’s a meeting of minds that, on paper, would never create the kind of music Sylvan Esso creates, yet has brought them critical success.

But as fame came knocking at their door, they’ve started to question just what it’s all about. And thus the table is set for the duo’s second album, What Now. Packed with sardonic wit and deceptively catchy beats, it’s their attempt to answer these questions both about themselves and the world around us.

Everything here is put through the context of music and its effects on us. Whether that’s focusing on more personal anxieties that come from the fame that music has brought, or the superficiality of manufactured pop music in such a tumultuous era, very little escapes their tongue-in-cheek jabs.

And yet it’s also an album that revels in the escapism and catharsis music can bring. That same superficial pop music can be someone’s escape from it all, bringing on moments when all worries melt away. We can’t all be worrying about the world’s ills 24/7, otherwise we’d all be wrecks.

Lead single “Radio” is perhaps the most ferocious track on the album. From references to “3.30”, generally considered the ideal length for a pop song (“Radio” itself clocks in at 3'33", almost as a little “fuck you”), in the earworm of a chorus, to potshots at the “hits and clicks” nature of pop, it’s full of barbed lines about the price of fame.

On the other hand, “The Glow” sees Meath having something of a Proustian moment as she is transported back to a time packed full of memories, remembering old friends and buzzing from gigs as she walks home.

Album highlight “Just Dancing” is all about falling in love on the dance floor, even if it might be a different person every time. It’s romantic but in a very non-traditional kind of way. It’s euphoric and it’s exciting, just like locking eyes with someone in a smoky room even though you might be a bit drunk but that’s not the point right at this moment in time.

Unfortunately, all this means that, when the sense of irony or euphoria doesn’t work, it sticks out like a sore thumb. “Die Young” feels confusing rather than poetic in its ambiguity. Is it a tragic love song about a lover saving her from suicide, or is it an ironic jab at the hedonistic lifestyle that fame can bring? One hopes it’s the latter, because the former would come off as too flippant when tackling such a serious topic, but it still feels like a misstep.

Musically, What Now is a totally different beast to their debut Sylvan Esso, as if to reflect this change in their mindset. The cool café-ready vibes have been replaced by weightier production that’s suited more for the club; techno-inspired beats intricately and lusciously built atop one another.

Opener “Sound” almost seems like a literal transition into this new sound, as a busted up synth is being tuned while Meath sings the same verse over and over. It’s the anxieties of “what now?” manifested. But once the duo finally get going, it seems like a natural progression.

“Kick Jump Twist” takes that idiosyncratic minimalism that is very much Sylvan Esso’s, bubbling and popping away, and chucks on some banging techno beats for good measure. The chaos of layered arpeggios on “Just Dancing” captures that aforementioned cathartic whirlwind of throwing yourself into a moment. Though the message that album tries to get across does get confused at times, it’s one that always makes you want dance and laugh in the face of the chaos.

At its core, What Now is a love letter to music, warts and all. About the romance, the emotional release and the sheer joy it can bring when everything feels so doom-laden. Sylvan Esso might not have figured out “what now?” but that’s mostly because they’ve been escaping to a brighter world full of banging beats and, in this current climate, who can blame them?