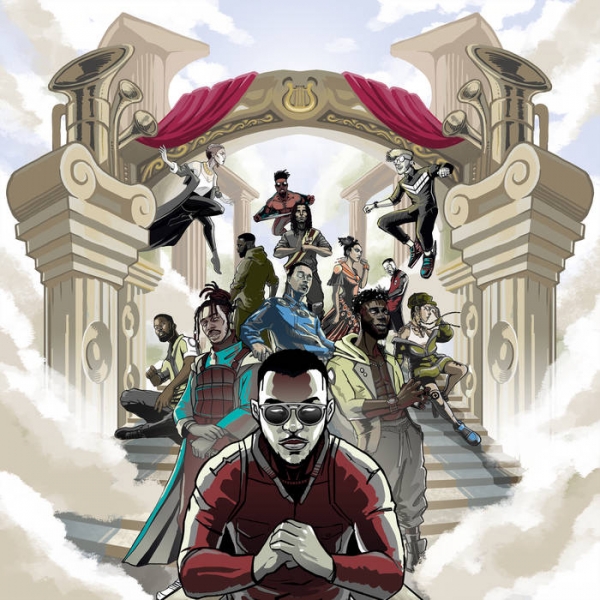 Said to document the “healing process” of its participants in the wake of George Floyd’s murder, the new album from South London producer Swindle sits at a contemplative crossroads between cautious optimism and sheer exasperation - soundtracking a collective outpouring of pent-up emotion from a decorated entourage of British singers, rappers and instrumentalists.

Realised over the course of a focused fortnight at Peter Gabriel’s Real World Studios – the Wiltshire facility where era-defining records ranging from Muse’s Origin of Symmetry to Kanye West’s Yeezus came to life – there’s a sense of gravitas to The New World too, no doubt owing to the fact that it signalled the first time many of its architects had returned to the booth since the country’s first lockdown of 2020.

To the newly acquainted, it might be hard to believe that this jazz fanatic has his roots in the electronic playgrounds of dubstep and grime: now more than ever, live instruments play an integral part in his musical identity. Memorable motifs from Swindle’s recent oeuvre hold up on The New World: scattered across the project are funk-inflected guitars, garnished with liberally applied filters; emphatic pauses showcasing his flair for dynamic range; and husky croonings and articulate quips from the ever-reliable Kojey Radical, who resurfaces five times over the course of the LP, making his threefold contributions to 2019’s No More Normal look comparatively modest.

Profound and unflinching, the key takeaway from The New World is a call for unity. Soul specialists Poppy Adujha and Daley offer words of reassurance on the stirring “Darkest Hour”, while Joel Culpepper and Maverick Sabre reflect on societal rifts on recent single “No Black, No Irish”, its title a nod to the pair’s heritage. Other themes and genres are tackled, too, offering a welcome respite from a sound which can at times feel homogenous. The Greentea Peng-assisted “What More?” is a spaced-out exploration of dub referencing spirituality and Harry Potter, while the frantic brass loops on “Blow Ya Trumpet” recall John Williams’ work on Star Wars, serving as a novel backdrop for a thrilling barring session bringing together old-school greats Akala and Ghetts and alt-rap risers Knucks and Kojey Radical. As we’ve come to expect from Swindle, large portions of the LP are effortlessly slick—but it’s the risks taken that pay dividends.