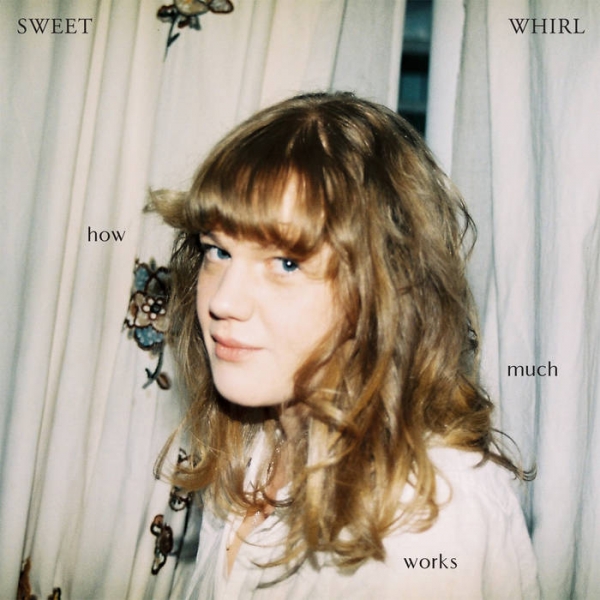 Melbourne singer-songwriter Esther Edquist, better known as Sweet Whirl, has taken her time with this album.

With just a handful of releases behind her, How Much Works is the artist's debut-album proper, and it's a handsome one. Trading on quiet declarations of romance, this is a record which dances to its own idea of a big gesture, holding its own hand and always, always gentle. "It hurts a little every day / but I ain't gonna cut and run" she laments over a pared back piano and barely-there synth warbling on "Conga Line". It's almost derisive, biting in the self-aware way of someone who's been through this one too many times yet still manages to admire the beauty of it all.

The long reverbs and buried vocals which were staples of previous releases have been swept aside, clearing the way for Edquist's vocals to sit front and centre and provide a steady reference point for the music to move around. There's a refinement here which hasn't been evident in Sweet Whirl's previous catalogue, and all the fat has been trimmed to showcase just excellent songwriting and performance. Single "Patterns of Nature" is a prime such example, sitting on piano and a refreshingly straightforward drumbeat for most of the track, dissolving towards the end into electronic whirls and clicks which slowly drown out the lyrics: "patterns of nature got nothin' on me."

Turning personal stories into narratives that can resonate with a wider audience is an ancient art, and influences from Carole King and Joni Mitchell to even current pop superstar Lana Del Rey can be heard here. From the stilted synths and breathy backing vocals of "Sweetness" which speaks on begging for forgiveness to the solemn guitar of "Your Love On Ice', every move here is intentional and organic – the outcome is a record which is wholly new and yet immediately classic.