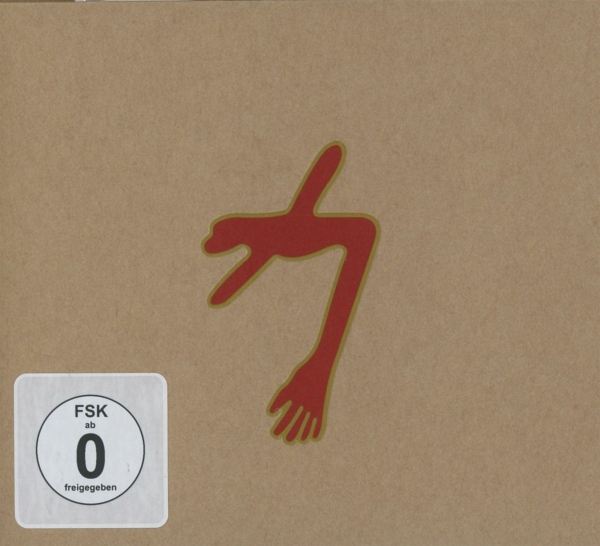 For all their masterfully foreboding, skull-rattling ire – not least on their last two studio albums in their current guise, the equally emphatic The Seer and To Be Kind – it’s safe to say Michael Gira’s Swans aren’t exactly widely famed for their darling expressions of affection and amour.

Peer a little further behind the veil, however, and you’ll discover love – not hate nor rage nor misery – informing latter-day Swans’ orchestrated fury and seismic might. Equating the band’s diversely ecstatic output and live shows to a shared grasping for the elusive root of some higher reality binding not only his band but their art, their audience and all truths far beyond, Gira recently said: “I chose the five people with whom to work that I believed would most ably provide a sense of surprise, and even uncertainty, while simultaneously embodying the strength and confidence to ride the river of intention that flows from the heart of the sound wherever it would lead us - and what’s the intention? LOVE!”

At just under two hours in length The Glowing Man is the third and final vessel in which 62-year-old Gira and his current band navigate the laws of ecstasy, doom and love up the meandering – often tempestuous – river in question. Far from their first full-length war of attrition, each expertly orchestrated drone, incantation and recapitulation has its rightful place in the method here. Tempered with meditative calm, space and restraint are the dutiful catalysts of each blissful rupture and devastating pay-off.

Like slowly making one’s way through the three panels of Bosch’s Garden of Earthly Delights, each of the peaks on The Glowing Man prove litany-like before yielding to the heft of an unrelenting symphonic barrage. Take "Cloud of Forgetting" and "Cloud of Unknowing", a joint introductory gambit in which Gira’s drawn-out mantras – dominant and oracular as ever – take centre-stage. “Breathing, breaching, leaving, reaching / God, oh God, I’m leaving, I’m leaving…” he professes, acutely aware of the imminent end. On cue, the tide rolls back and Swans, already soundtracking the squall of the sky being ripped apart, pummel in glorious unison. Both here and elsewhere, one chord is stretched beyond the outer recesses of possibility.

As with The Seer and To Be Kind, each member of Swans plays a wholly fundamental role in the alchemical sway of each crescendo and frisson-heavy release on their swansong. With Gira occupying the roles of frontman, conductor and high priest, drummers Phil Puleo and Thor Harris are especially resounding throughout; each reiterated rhythmic passage is delivered with a level of concerted import that ensures the default prophetic nature of Gira’s invocations – summoned by lap steel guitarist Christoph Hahn, bassist Christopher Pravdica and guitarist Norman Westberg – are always vehemently supported. Few bands even approach becoming such a psychic unit.

All things considered, however, having achieved some truly singular things in their current guise, Swans were always going to be up against it with The Glowing Man. For all its Sisyphean striving and potent, genre-warping experimentalism, unsullied ground is rarely tread. Rather, we’re treated to a rather familiar – often brilliant – feature-length adieu that, whilst fully hitting home on highlights including "Frankie M" (a frantic beast excavating darkness and light) and half-hour long masterstroke "The Glowing Man", expectedly struggles to measure up the momentous quality of what came before.

With Gira professing “All creation is hollow – and a picture’s a shadow…" on closer "Finally, Peace", Swans bow out with a knowing nod to the innate vanity of the physical and fleeting. With their grand pursuit of unravelling the great unknowable “it” located firmly within the moment, we’re left with yet another cathartic artefact that, whilst perhaps shrinking in the shadow of what came before, bookends the latest metamorphosis of a band whose next form is anyone’s guess.