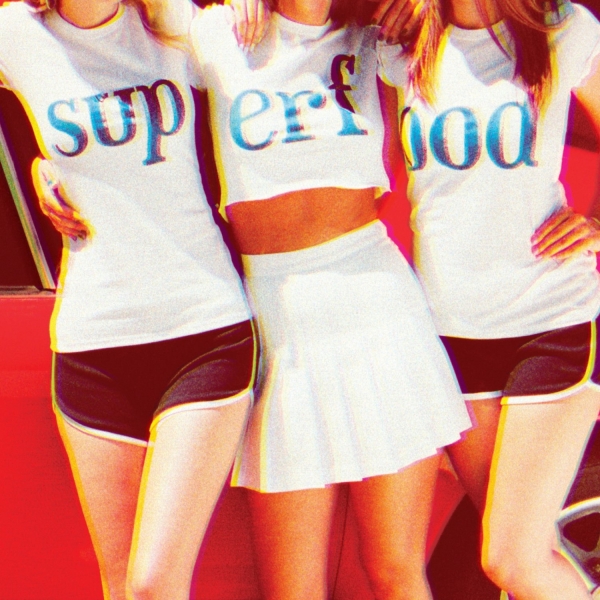 In keeping with the now well-practised custom of artists drip-feeding their album material months before a record’s release, Superfood are most certainly not trend breakers. Six of Don’t Say That’s thirteen delectable tracks have been doing the rounds on SoundCloud all year, not to mention the odd EP to boot. Where they are trend breakers to some extent, however, is that the novelty of their tunes seems far from waning.

Superfood are proper Britpop revivalists; the second track here, “You Can Believe”, is for example an undeniably resplendent sonic melange of all the best bits of Blur and Supergrass, an irresistible foundation of springy guitars and percussive claps only enhance frontman Dom Ganderton’s dulcet tones to utterly enrapture the ears. This one will make you move.

So you’re up and moving; next it’s time to smile, maybe let out a little chuckle. "I talk to leaves ‘cause I haven’t got any friends", proclaims Ganderton on “Superfood” – how very contrived. In fairness, you shouldn’t knock it when you consider the success of other bands who’ve sported eponymously-titled songs down the years; Black Sabbath, Iron Maiden or Green Day, anyone? Lyrical self-deprecation aside, it stands out as perhaps Don’t Say That’s most sincere exhibition of Britpop pomp, crescendoing bit-by-bit into something with real anthemic potential. An unnecessary, melodramatic Oasis reunion won’t transport us back to the 90s, but this album can.

There’s seldom a note of Superfood’s dynamic live shows during which they – and their devout following – are not visibly ecstatic. The likes of “Mood Bomb” and “Right On Satellite” give you the feeling that the same sentiment was heavily present in the studio too. Both serve as concrete assertions of Superfood’s own brand of Britpop brilliance – they clearly nod nostalgically to that bygone era but they ooze originality and ingenuity to such an extent that it’s a tough task to bring any other band into play by way of comparison. The former does what it says on the tin, a blissful injection of invigorating reverie, whilst the latter plays out as a jangling, trippy four-minute voyage into the foothills of psychedelia.

Superfood could hardly have been signed to a more fitting label in Infectious; it’s just about the only word you need to do this maiden LP adjectival justice. If the kind of superfoods we’re already accustomed to – acai and goji berries and what have you – are supposed to be so nutritious, then it seems only fair to apply the same health benefit to their musical namesake. This is aural nutrition if ever there was such a thing.

After the slightly grating ‘B-Town’ frenzy of the recent past, it’s reassuring to find that the second city’s immediate musical destiny doesn’t lie solely in the hands of Jaws, Swim Deep and Peace. That particular hype train has all but derailed but, if Superfood were to drive their own, there’s a fair chance it would travel at least a tad further.