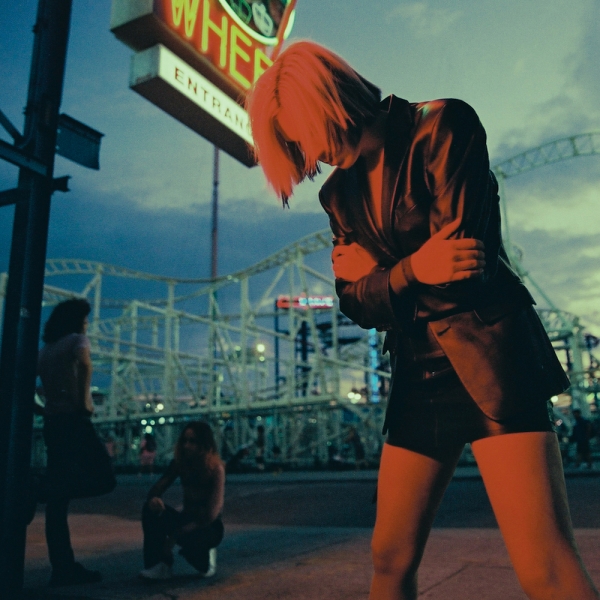 A far cry from the whimsical psych-pop that twined through debut album Human Ceremony, New York trio Sunflower Bean have firmly found their stride as they carve blissful anthems of euphoric pleasure on their latest 11 track offering.

With cinematic soundscapes of art-rock in tow, Headful of Sugar is a heavenly ride that actively embraces a full spectrum of feeling; from self-destructive tendencies to the saccharine thrills of youth.

Stripping back the layered production seen on their sophomore Twentytwo in Blue, they lean into a DIY sound with an unpolished nature that lends the record a warming authenticity. “In Flight”, penned and sung by guitarist and backing vocalist Nick Kivlen, traces a relatable entrapment within his hometown, paired with a melody at odds with its lyrics; coasting through the highs and lows, carefree and unperturbed. In a similar vein, “Otherside” is an introspective slow burner that embraces being an outsider, a thoughtful ballad marked by singer Julia Cumming’s heavenly vocals and a shimmering synth-filled backdrop.

With a nonchalant approach to the darker themes bleeding through the record, emotional outpourings run amok on tracks like “Roll the Dice” and “Post Love”. The former is the grittiest song on the album, exploding with feedback as the group determinedly crash into an unrelenting throng of hedonism, while the latter is a transfixing, upbeat dance number.

The titular “Headful of Sugar” appears at first to be a sepia-toned lament, but with a trembling bass at its centre, there’s a dangerous undercurrent ever-present. Swimming amidst layered vocals and spiralling guitar solos, their penchant for psychedelia continues to rear its head. As “I Don’t Have Control Sometimes’ throws back to their jangling indie rock roots, there’s a dizzying instability, permeated by drummer Olive Faber’s clattering prominence which drives the track over the edge.

Rounding out with closer “Feel Somebody”, the clashing cymbals reverberating off Cumming’s cutting lyricism shows rock ‘n’ roll still lives at their core, but this is an album built entirely on their own terms. On Headful of Sugar, Sunflower Bean are basking in the sweetness of taking life at their own pace, ups and downs be damned.