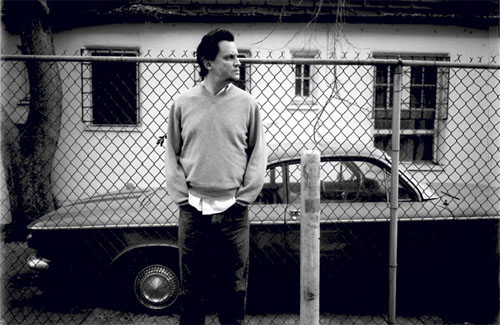 Mark Kozelek has been releasing records for twenty long years now. Under his own name or using the beloved Red House Painters or Sun Kil Moon monikers he’s created perhaps the greatest unacknowledged body of work of any songwriter over that time period. His records – from the aching, sparse hymn to sadness that was Down Colorful Hill through the lush slowcore of Red House Painters (better known as Rollercoaster for its sepia tinted cover) up to his most recent nylon-stringed, percussive offerings on a series of live solo albums, via his notedly idiosyncratic re-workings of artists as diverse as John Denver, AC/DC and Modest Mouse – have been at times transcendent, occasionally impenetrable or morose but always impeccably crafted and delivered. Despite the intensely personal nature of his lyrics and the sheer volume of material released in these last two decades Kozelek has never really addressed, in song at least, one of the key elements of his persona – the strange, obsessive relationship his fans have with him, and that he in turn has with the art of songwriting.

Among The Leaves is the latest in a line of stylistic progressions that Kozelek has made over the years. In this instance, much in the same way that he switched bands or made the move into playing exclusively in an arpeggio style, he now almost entirely abandons the heartbreak and loneliness that typified his most well regarded output and moves into storyteller mode – an alteration that sees him stay in the first person but also allows him to explore the persona presented in his previous work with, would you believe, a good deal of grace and delectable comedy.

Of course that’s an interesting manoeuvre and, happily, it works almost uniformly well; but what he’s also done here is grasp the nettle of melody once more and show the world he’s still capable of writing memorable, touching music that has the granite nature of something truly lasting, truly tangible.

Opening track ‘I Know It Sounds Pathetic But That Was The Greatest Night Of My Life’ sets out the stall sweetly and neatly – a small, ultimately tear-pricking tale of a travelling singer’s momentary connection with a trembling fan and the impact that it has on both of their lives – the key thing being that it all means so much more to the fan that it does to the songwriter. You could call it arrogance but it feels more like realism, more like honesty.

These ideas are explored more fully in songs like ‘The Bird Has A Broken Wing’ which seems to address Kozelek’s touring infidelities in an open yet slightly defensive way – “We’re all half man, half alley cat” he shrugs. He seems suddenly ready not only to accept the kind of person he is but also to talk about other people’s faults and ask them to be open with themselves too as on the mean/funny ‘The Moderately Talented Yet Attractive Young Woman vs The Exceptionally Talented Yet Not So Attractive Middle Aged Man’ where he calls out average talent, separates musical from sexual admiration and ends on a coda that could be one of the most boastful of his career were it not delivered with a knowing wink.

His criticism of faux-art extends to the immensely catchy ‘Not Much Rhymes With Everything’s Awesome All The Time’ in which he promises he “won’t judge” should a self-proclaimed poet show him her work but at the same time makes it clear – ”I’m an artist it’s all that I’ve got/I know when I see one and baby you’re not”.

The very best of this type of material comes with the frankly superb, tonally oscillating ‘Track Number 8’, with its throwaway humorous/touching references to Elliott Smith and Mark Linkous and a plea for understanding that being a musician can actually be a pretty fucking tough job; as well as on the brutally honest, savagely witty ‘UK Blues’ and the imaginatively titled, lachrymose ‘UK Blues 2’. He’s never dropped tunes quite like this before and it’s a refreshing, exhilarating relief to hear him present songs so vigorous and charming.

Elsewhere we have an epic story-song in the form of the magical and cinematic ‘Young Love’ with it’s throat-clenching poetry like “Ghosts inhabit my mountain home/They don’t frighten me I sleep here alone… And late in the night I hear the echoes of young love”. You may have to have a little sit down. More trad Koz material also features, like ‘Red Poison’ and ‘King Fish’ (which sound positively retro in comparison to the rest of the album, despite being extremely good songs in themselves) and a couple of hugely melodic tunes that hark back to the glory of ‘San Geronimo’ or ‘Song For A Blue Guitar’: both ‘Sunshine in Chicago’ with its irresistible skipalong beat and stunningly open, perceptive lyrics like “Sunshine in Chicago makes me feel pretty sad/My band played here a lot in the ’90s when we had/Lots of female fans and fuck they all were cute/Now I just sign posters for guys in tennis shoes” and the title track with a cutesy keyboard refrain that sticks in the head as much as the heart. These are, for the lack of a better term, almost pop songs. And they are superb – Kozelek’s voice a deep, bassy roar that he allows, maybe for the first time, to occasionally crack and, certainly for the first time in a long time, leap to sweet falsetto.

When he treads the most familiar territory as on the deeply folksy and bleak ‘Black Kite’ or the lengthy crawl of ‘Lonely Mountain’ it’s a delightful hark back to earlier SKM releases like Ghosts of the Great Highway and gives the album a feel of being both career-spanning and forward-looking – the clash of the new against the old is never truly grating, more a happy collision of equally enveloping styles.

When many fans think of Kozelek it’s as a miserable man, unhappy with his lot in life and legendarily curmudgeonly in person. His relationship with his hardcore followers is now at least acknowledged on vinyl along with a newfound self awareness concerning his own self obsession, and he’s instantly more loveable for it. This set of songs, among the strongest he’s released in the last twenty years, among the finest released by any artist this year, go a long way towards showing that there’s humour behind the hatred, laughter in the loneliness and a ton of light, life-affirming hymns to beauty in Mark’s refreshed armoury of song.