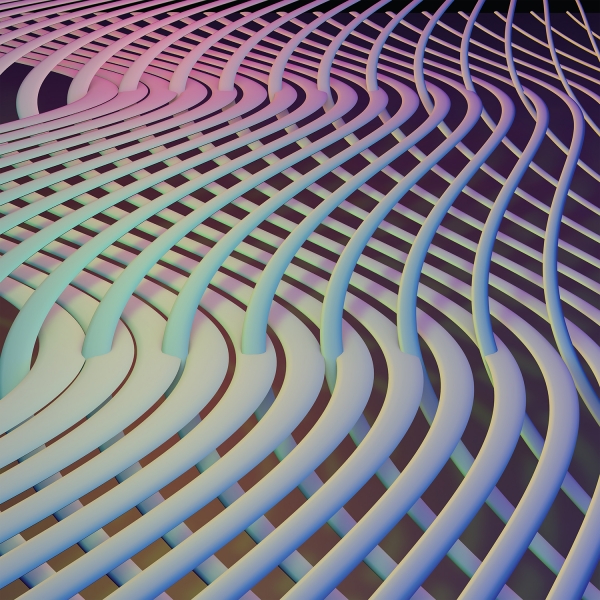 Three years ago, friends and I gathered around a laptop in our kitchen to watch a livestream of Felix Baumgartner’s Stratos jump, when the Austrian daredevil stepped out of a capsule lifted 128,000 ft into the stratosphere by a helium balloon and fell to Earth.

As the balloon rose higher and higher we had taken turns queueing a very unsubtle score: Arthur Russell’s "This Is How We Walk on the Moon", The Knife’s "From Off To On", anything from Brian Eno’s ambient catalogue; each of us smug but quietly thrilled by our pairing of favourite tracks with the spectacle on the screen.

If that jump were taking place today, we’d all be playing Strands. Steve Hauschildt’s second studio release in as many years, and his fourth solo LP and fourth release on label kranky, is a gorgeous panorama of extra-terrestrial horizons, and an elevation by several thousand feet of 2015’s ambrosial Where All Is Fled. It’s Gene Rodenberry’s original Star Trek directed by Ignmar Bergman, a surreal soft-focus opera of primary-coloured uniforms and silver diadems. Devout Kosmicher Hauschildt speaks of his intention to create a record in the tradition of creation and destruction myths, in which the listener can’t tell where the fibres and filaments of his compositions begin or end: a great celestial Ouroboros serenely engorging itself across 40 minutes.

Strands is a carefully studied stratigraphy of grittier and grainier textures than its predecessor, a purpose which becomes clearer as we move through the record. Opening track "Horizon of Appearances" is awash with the exhilarating chill of autumnal mornings, and chirruping, babbling chimes swept up into broad symphonic waves. For Hauschildt, living in Cleveland at the mouth of the Cuyahoga, it's also an album of rivers: hopeful aria "The Same River, Twice" has a tidal aspect quickly drowned out by currents of electronic jetsam, more machine than marine, more oil than water.

"Ketracel" (its name perhaps a nod to the drug to which Deep Space Nine’s Jem’Hadar warriors were bred with an innate addiction) is every bit the moreish sonic stimulant, a vibrant concourse of fricative percussion beneath which stir lumbering, restive organs. The sinister volta is all too predictable: hysterical klaxons and cries of threat and peril clash as catastrophe unfolds.

From here on out we begin to see through the filters to the layers beneath, the simmering anxieties and urgencies underpinning the most utopian of visions. The halcyon twilit dirge "Time We Have" crackles with feedback and a sense of rose-tinted reproduction, of simulacra, an desperate prolongation of notes and of a future already lost.

It turns out that we never even left the planet - as the morose piano concerto of "Transience of Earthly Joys" is skewered by hot, sharp synths, we realse Strands isn't so much about anything alien as it is about the sublime frontierism we project out into it, built as it is upon an awareness of our many Earthly sins. It's what we'll play when we try to escape out into the void, only to fall inexorably back to our sordid reality to dream once more. 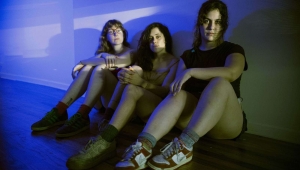