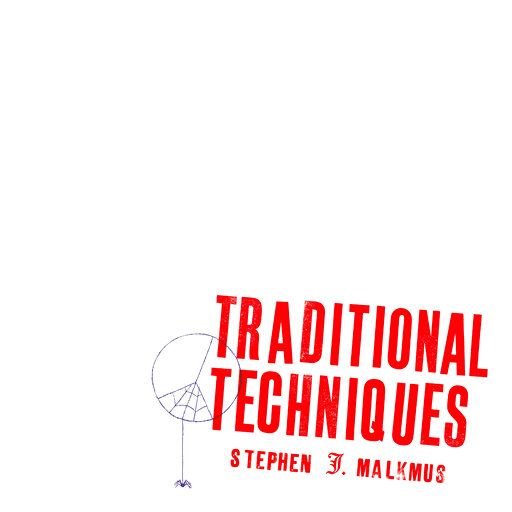 The greatest trick Stephen Malkmus ever played was convincing the world this record didn’t exist. Or, at least, that he had nothing else up his billowing sleeves last year.

Much of the press cycle for Sparkle Hard, Stephen Malkmus's stellar 2018 comeback with The Jicks, focused on a mysterious lo-fi electro record that Matador Records had apparently suppressed. When the aptly-named Groove Denied landed a year later, it couldn't help but disappoint, living up to the description, but only occasionally sticking the landing. Traditional Techniques was recorded around the same time as both of its two predecessors but, had tales been told of a "secret Malkmus folk album", it may have come off as just as much of a gimmick. Thankfully, avoiding the dogged hype-beast, it's now free from its clandestine realm.

In the first few sittings, there’s a lot to take in, from the winding and often barely-there song structures to the esoteric range of instruments which drift in and out of the mix. With its Velvetsy chug and the gruff harmonies of co-conspirator Matt Sweeney, “Xian Man” makes for a logical lead single and entry point. Yet it’s also somewhat misleading, particularly as it’s immediately followed by the magnificently-titled “The Greatest Own In Legal History” — a Grisham thriller gone Nashville; all pedal steel and rootsy double bass.

Suffice to say, this album is a trip. Where Groove Denied was the sound of its maker having too much fun with plug-ins to write any songs worth a damn, every aspect of Traditional Techniques sounds like Malkmus is all-the-fuck-in. “What Kind of Person”, for example, is so blissed out — check that flute solo — you can practically smell the incense, while the final frazzled 30 seconds of “Brainwashed” might be the album’s most compelling moment of oddball genius.

He dips back into the folkier, proggier leanings of 2003’s Pig Lib on the meandering “Shadowbanned”, while long-time live favourite “Flowin’ Robes” finally finds its perfect home here. Debuted in 2011 under the title “Flower Children”, Malkmus could never have known then how perfectly suited the song could be for this new decade. “All is not beautiful,” he sings at the song’s close, as twelve-string acoustics collapse around him. “There’s something wrong in our heads.” Well, quite.

At this point in his career, it’s a joy to see Malkmus so willingly defy any sense of expectation the world has placed on him. Sparkle Hard was a thrilling return to what the Jicks do best, and Groove Denied served as a compelling (if failed) experiment in circuit bending. But Traditional Techniques is an album completely out of time — a folk(ish) record about the present day that might be one of the most future-proof of his career.

In a former life, Stephen Malkmus once heaped scorn on “men in dashikis and their leftist weeklies”. Now, he sounds like one of them and, God help us all, he wears it exceptionally well.