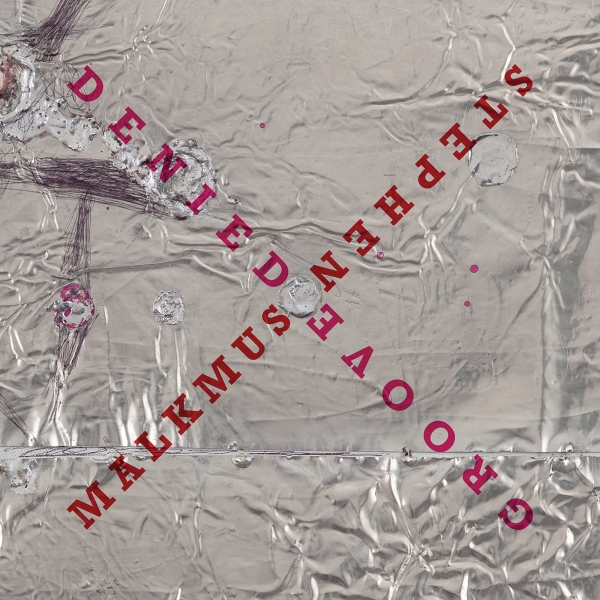 Ten months ago, in my review of Stephen Malkmus and the Jicks’ Sparkle Hard, I told you that we knew what to expect from him by now, and reeled off a list of adjectives relating to the wooliness and comfort of his well-worn indie-slacker sound.

However, there were clues that he was thinking about a left turn, from the autotune tomfoolery of “Rattler” to the classic arcade neon designs of the tour merch. We should have seen Groove Denied coming.

This is not a drill folks, Malkmus – he of the scarecrow lankiness and lovely shagginess – has gone and made a record that has about as much in common with the sounds of Sheffield in the early '80s as it does with The Grateful Dead. In other words, Malkmus has gone electro (well, for a few songs).

Opener “Belziger Faceplant” drops you right into the harsh electronic action, with caustic synths and ghostly disembodied whoops rattling around, with only a few treated vocals to be found.

“A Bit Wilder” (a Depeche Mode pun?) - sounds like somebody reinterpreting The Cure’s Seventeen Seconds sound on shitty equipment. Intentionally so, apparently: Malkmus was trying to capture the sound of bands influenced by Robert Smith and co., but get it slightly wrong. He delivers a great approximation of Primary Colours-era The Horrors.

The track he released to preview the record, “Viktor Borgia”, is reminiscent of Travelogue-era Human League, which in itself was reminiscent of Kraftwerk. By this point in the record, it’s easy to forget that you’re listening to the same guy that wrote “Cut Your Hair” and “Range Life”. Groove Denied is completely immersive, which is kind of a shock, but not really. It’s more of a surprise that he hasn’t done this sooner.

“Come Get Me” veers back to something resembling his previous catalogue, only treated so heavily that it becomes a funhouse mirror bastardization of his usually comforting sound – it’s also the closest he’s got to the brittle fury of Slanted and Enchanted in a long, long time.

From there on out, things regain some semblance of normality, aside from the spooky-ambient, Throbbing Gristle-esque menace of “Forget Your Place”.

“Rushing the Acid Frat” runs classic psychedelia through a cheap radio, with a hilariously, deliberately bad solo for seasoning. Closer “Grown Nothing” imagines Lou Reed singing and playing guitar to a rattling Suicide outtake, while “Love The Door” sounds like regular Stephen Malkmus with the reverb turned up to 26. “Ocean of Revenge” could have easily fit on one of the later Pavement records, rolling and buzzing as it does, while “Bossviscerate” is the slacker ballad you came here for.

The record company presskit cheekily mentions David Bowie’s Low as a reference point – mainly because it features some electronics and was recorded in Berlin – but that undoes a lot of the hard work Malkmus does here. Comparing it to Low – a conceptual masterpiece, arguably the greatest album in the history of recorded music – is bound to make the record a 10-track dud. Please ignore any review that tries to make that comparison stick. Going to Berlin and using electronics does not a Low make (just ask KT Tunstall).

What Groove Denied really is, and what it really sounds like, is half an album of what Malkmus usually does (the second half), and half an album of something he’s never done before. There’s no conceptual thread running through the album, no matter how hard anyone tries to push it – but what there is, is a lot of fun. Groove Denied is lesser than Sparkle Hard, and greater. Not so happy, yet much happier.