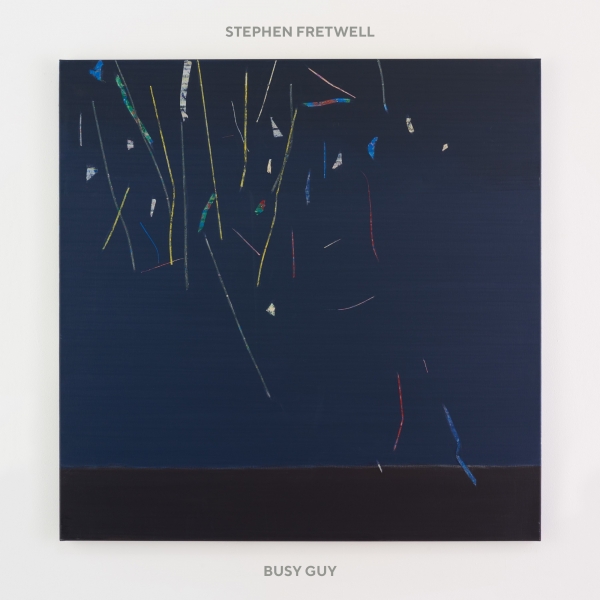 “It’s a marathon, not a sprint” is probably the most accurate aphorism to accompany Stephen Fretwell’s third album.

Having first arrived on the scene in 2004 with the critically acclaimed but commercially muted debut album Magpie, the Scunthorpe born singer signalled his ability to write songs based on day-to-day reality. A string of high-level support slots followed, including shows with Oasis, Elbow, Athlete and Keane, but a big break never really came. Not for a lack of deserved hits, as early singles "Emily" and "Run" continue to attest to, but such is the fickle nature of the music industry at times. A second album, Man On The Roof arrived in 2007, notable for Fretwell’s authentic Northern swagger, but since then things have been quieter on the release front.

As this new album title hints at, that’s not because Fretwell has been sat twiddling his thumbs. His first son was born in 2011 and, in his own words, Fretwell became a full-time dad and “didn’t come up for air until my son started school, by which time we had another son. I just forgot about song writing. I didn’t even own a guitar for five years.” But with a renewed fire in his belly, Fretwell wasted no time with Busy Guy, recording all the vocals for the album in a two-hour session alongside producer Dan Carey last summer. “I was so fired up, I just rattled off the songs,” Fretwell says. “I assumed it was the run-through, but Dan said he thought we’d got it.”

And although the vocals may have spilled out quickly, upon listening it seems as if the experiences that seeded the album have been brewing for years, composting and fermenting, before finally bubbling over. This necessary urgency features proudly on Busy Guy, as Fretwell prods and pokes his way through topics ranging from fatherhood, grief and rebirth, with an inquisitive mindset that forces introspection from the listener.

Recent single "The Long Water" is dark and moody, centred around a bassline that growls, almost snarling, as if a beast is being woken from a slumber. Opener "The Goshawk and the Gull" rings solemnly with lament, but there are flashes of brightness and optimism as well, on the celestial "Green" and the enigmatic "Copper".

There will inevitably be comparisons to Damien Rice, such is the doleful nature of his song writing here, and there are hints of Ben Howard given Fretwell’s command over his guitar, but Busy Guy stands testament to Fretwell’s ability as a poet as much as a song writer.

Don’t be fooled by the dry, lilting manner of delivery behind these tracks - each one holds up to close inspection and there is charm to be found in them all. With Busy Guy, as before, Fretwell proves himself an artist that deserves attention and, if things play out as they should, this will be the album that delivers it.