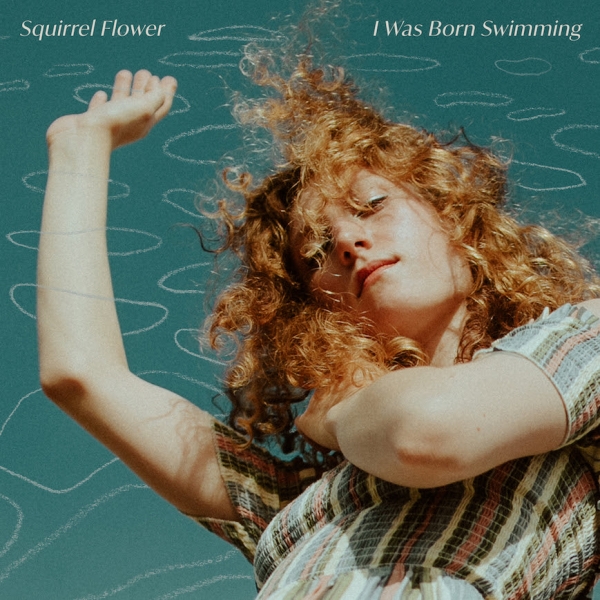 “I tried to be lyrical, but lyrics failed me / So I gave up poetry and ran west on I-80”. So opens Squirrel Flower’s debut album, I Was Born Swimming, a record that is in constant motion.

Squirrel Flower - real name Ella O’Connor Williams - has been perfecting her craft for years within the Boston DIY scene, so it makes sense that this record comes with none of the associations of a debut, and is instead the sound of a fully-formed artist. Williams’ adeptness in guitar forms the cornerstone of each song, wide ranging from the storming riff of "Red Shoulder", to the gentle finger-picking of "Headlights", to the slow, haunting strum of "Rush"; folded around that are her bold, graceful vocals, her melodies striking and elevating.

The title I Was Born Swimming refers to Williams’ birth, the fact that she came out of the womb still floating in amniotic fluid. Yet stationary though that action is, in the context of the record it stands for movement, swimming as propellant and not just what keeps you afloat. The record takes place, in my mind, on night-time highways, in a dark and silent car with strips of light illuminating and then retreating in perpetuity.

It’s the imagery that Williams draws from in her lyrics that places you there, beginning with that initial journey, her running west on I-80. Then, on "Headlights", she’s "Driving through a wooded valley west of state / Mist thrown at the car in shrouded pockets, ghostly and cool", and in the chorus, "Headlights look different when I’m looking over my shoulder". On "Street Light Blues", a buzzing streetlight is a metaphor for a failing relationship; and on the penultimate track, "Belly of the City", she returns home, singing: "I know the darkness of these roads as well as you do".

Despite the sense of movement, one doesn’t get the feeling that Williams is driving, running or swimming towards nor away from anything in particular. Rather, that she’s on the journey because it means something in itself to sit alone in a dark and silent car and see everything become clearer. On the record’s closing track, "I Was Born Swimming", she sings: "Born swimming in blue water / Didn’t ever need another". With this final song maybe the journey is complete, or maybe it loops back round again.