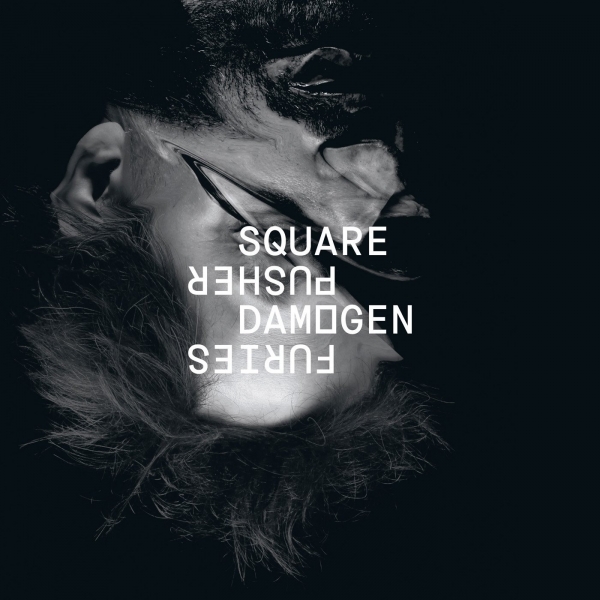 Tom Jenkinson is a portmanteau. He calls himself Squarepusher: somewhere between ‘outside the box’ and ‘pushing the envelope’. His sound oscillates freely between breakbeat, drum ‘n’ bass, dub and whatever hybrid sounds his mind wishes; but Damogen Furies is perhaps Squarepusher pushing the square hardest.

The sound is broad, but broadly indebted to jazz. His casual relationship with time signatures is omnipresent, drums scattered ad-hoc over a resonant seventh chord was a hallmark of much of his late '90s work. On Damogen Furies he’s indebted to the genre once more; it’s loosely jazz, but not of goatees, berets and Kind of Blue; the sort that might fill the gaps in conversation during an expensive meal. This is amphetamine jazz, madness, power and Bitches Brew; the sort that might fill the gaps in your psyche during an expensive weekend.

It’s a challenging sound, to say the least. In many ways it continues the work of 2012’s Ufabulum, where a more straightforward, day-glo dance sound was integrated with his knack for the obtuse. Throughout Jenkinson creates this mix of the organic and the futuristic; Jazz’s fleshy, mortal characteristics are subjected to a tonal grinding of gears. Drums coalesce in tight clumps, with instrumentation is layered and inpenetrable.

The album opens with saccharine sweet synths, but kick drums quickly swarm to pound your inner ear and to send you wobbling. There is a real menace to every thumping kick drum, and those gnarled EDM synths that so annoyed me during dubstep’s ‘boom’ in the early 2010s are brilliantly purposed over spikes of chaotic percussion. The dub-tech madness that closes "D Frozent Aac" is a highlight, as is the lightness of being in "Exjag Nives", prefacing a rolling, serrated wave of synth. Recorded live without retakes, there are no smooth edges and there is absolutely no quarter given. It’s indirect, cerebral dance music; and suddenly Jenkinson’s slot at the Cheltnam jazz festival starts to make a lot of sense.

It an intentionally difficult, cantankerous sound: a hard counterpoint to a scene which has softened in the last five years. Disclosure, AlunaGeorge, Years and Years, Clean Bandit and others provide this clean shaven, fresh faced dance sound that wouldn’t turn many heads piped out of your local Tesco. And whilst they’ve done so much to bring dance music to a wider audience, in the process they have lost some of the weirdness, many of the representations of otherness upon which dance music was founded.

Legends like Paul Van Dyk and John Digweed have in recent weeks spoken of the complacency of big room acts; lazy track selection, relying on recognition not surprise and discovery to create a reaction from the crowds. This was even before Axwell and Ingrosso’s incendiary interview, in which they said "The most important thing is not what we play, but the personality and how we interact with the crowd".  That Damogen Furies turns so many EDM tropes on their head is relevant. From the very first track "Stor Eiglass", a complex euphoria announces his intention to uncurdle the milk. It makes something new out of something tired, something powerful, innovative and undeniably other.

Do I like it? I’m not sure I’m meant to ‘like’ it per-se. This isn’t George Ezra. But it is stunning in its display of electronic virtuosity. Squarepusher’s stated aim was to "explore as forcefully as possible the hallucinatory, the nightmarish and the brutally visceral capacities of electronic music", and he certainly creates an inky, menacing mood. It’s bungee jump of an album; a tiger you wrestle rather than pet. It challenges you to listen and to enjoy and to make any kind of sense of the bleeps and bloops and time signatures. It’s not for the faint hearted, and its point isn’t to make you smile. But if you’re up for the challenge Damogen Furies is a steaming black shot of adrenaline.