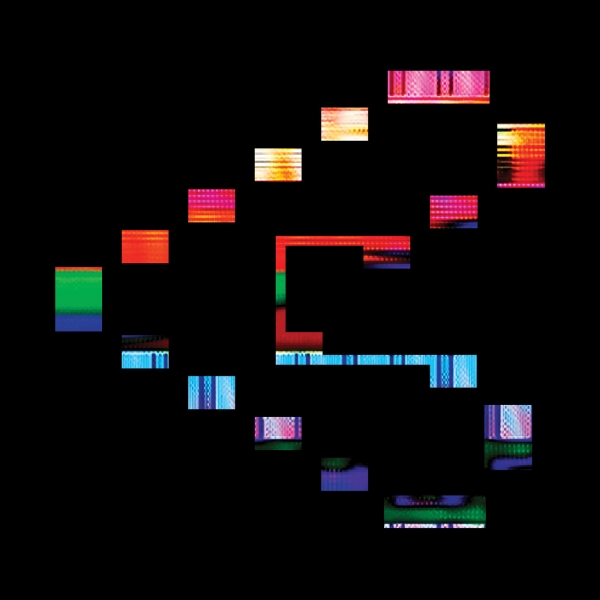 After nearly five years since his last solo record, Tom Jenkinson, a.k.a. Squarepusher, has returned with a familiar cocktail of jazz, ambient and drum and bass. This is all seen through the lens of breakbeat, hard-hitting electro and a good deal else on his latest release Be Up A Hello.

Since Damogen Furies, the latest Squarepusher record and probably the closest we will get to a pop record from Jenkinson, he has been working with his band, Shobaleader One. They toured with their faces covered by undulating LEDs and released an album, Elektrac, which included live recordings from concerts. Now Jenkinson has returned, ready to lead everyone into his own Nintendo-themed, instrumental, avant-garde wonderland.

Be Up A Hello begins with archetypal Squarepusher. “Oberlove”, the first track, could have been lifted from any of the mid-'90s albums which elevated him into the spotlight. The reason for this, according to Jenkinson's lable, Warp, is that Jenkinson has returned to using the hardware heard on his early records. Where “Oberlove” and a lot of Be Up A Hello differs from earlier releases is in its lack of jazz concepts applied to the breakbeats Jenkinson supplies. That’s not to say there’s not glimpses of jazz on the record because there definitely is but they are more contained in their own tracks.

On the other hand, “Nervelevers”, the second single from the record, is pretty much straight-up drum and bass, with Squarepusher’s stamp on it. There’s clearly a lot of effort that has gone into producing the textures and different sounds and it’s a real sweaty, end-of-the-night-with-your-top-off floor filler.

By the time the unrelenting acid bass of “Nervelevers” and next track “Speedcrank” comes to a climactic finish, we’ve moved onto more ambient ground, something Jenkinson has always pushed alongside his dancier output, in “Detroit People Mover”. This song wouldn’t go amiss lined up in an epic sci-fi soundtrack. Using the same equipment for subtler, warmer and more robotically comforting sounds works perfectly here and surely separates Squarepusher from all his, and Aphex Twin’s, copycats. The fact he can create something that Vangelis or Oneohtrix Point Never would be proud of is testament to how familiar with his hardware he is. The same can be said for the last track, “80 Ondula”. Jenkinson creates tension like all the best soundtrack composers. The synths bloat and the atmospheric sounds elegantly slide by to make something beautiful, something almost out of comprehension for what Squarepusher is to the layman.

After “Detroit People Mover” finishes, we’re back to the grittier side of Jenkinson’s music but the first single released from the record, “Vortrack”, is a lot more experimental sounding. There’s a speed hi-hat that never really stops tapping away and could be mistaken for a fly with knives for wings buzzing around your ear lobe. There’s also a sequence of very authentic squelches, which sound like a Roland TB-303, accompanied by early-Croydon dubstep sounding vocal samples and warbles.

On the whole, the album is excellent. It’s a return to what Squarepusher is known most prominently for but his style has developed since the '90s. He doesn’t need the jazz inflections to stand out from the crowd - he does so naturally. He’s returned to form and his original hardware and it’s obvious Jenkinson has never felt more comfortable being Squarepusher.