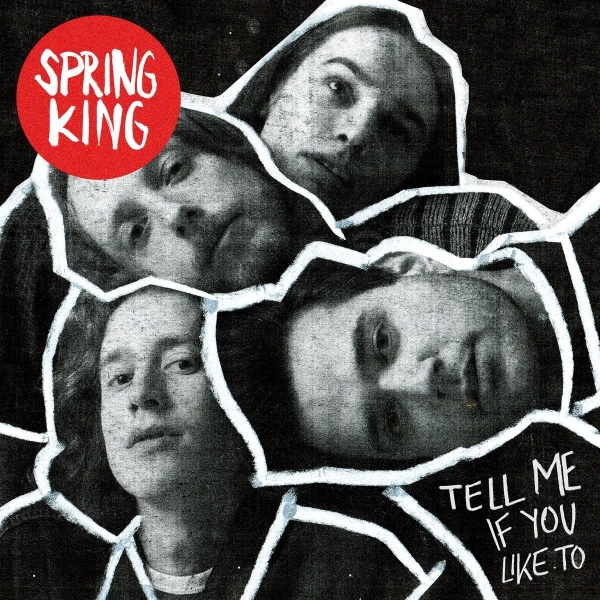 On 30 June last year, Zane Lowe launched Apple’s hotly anticipated Beats 1 Radio, and it was a moment that had the entire music community tuned in. As a result of the sheer amount of people that were listening, the song that he chose to begin the new era with would also reach a maximised potential audience.

Lowe deserves a lot of credit, then, as he used the opportunity to kickstart the career of unsigned Mancunian smalltimers Spring King, by inaugurating the station with their track “City”.

What followed, understandably, was mass exposure for the band, resulting in unprecedented blog hype and a major label feeding frenzy. Eventually, the four-piece signed to Island Records - a division of the Universal Music Group - and their debut album Tell Me If You Like To comes as everything you’d expect from a buzzed major label release - it’s catchy, consistent and conformable.

Given the heights it’s taken them to, it’s only fitting that breakthrough single “City” should open the new album - and a new chapter - for the band. The track was also used as an opener on last year’s They’re Coming After You EP, but whereas that five-track release was a statement of intent from a band pushing their abilities to the max in order to put themselves on the map, Tell Me... is the sound of a band conformable with their current position in the industry - no risks are taken, leaving the end product feeling predictable, half-hearted and, occasionally, rushed.

Perhaps they’ve been told to promptly release an album that can capitalise (cash in) on the peak of the hype surrounding them, or maybe it’s just the sound of a band making music as a job rather than as a dream - there’s no pressure to push themselves, because they’re still going to have a nice meal and a comfy bed at the end of the day. But, either way, Spring King have gone from the most buzzed about unsigned band to another group of middle-of-the-road major label puppets.

The problem isn’t the fact that they’ve signed to a major label - they deserve all the attention and financial security they get - the problem is that their music suffers because of it. They’ve lost the raw sound that drummer and lead signer Tarek Musa had built a reputation for, not only with his production for Spring King but also for the likes of Châteaux and Stealing Sheep. This leaves the album - and in particular tracks like “It’s So Dark”, “Take Me Away” and the Brian Wilson homage “The Summer” - feeling a little over-polished, as if Spring King have lost a bit of the DIY charm that got them where they are.

In fact, they play down the importance of identity throughout the album, especially on opener “City” (“Who am I? What does it matter?”) and “Who Are You?” (“Tonight I just wanna be somebody else, somebody new”). It could act as Spring King admitting that they’ve compromised the grittier aspect of their sound in order to reach a wider audience, but it’s probably best not to read too much into it, as Spring King’s lyrics seem largely meaningless - they’re intended just to be heard rather than to be transcribed, as the uninspired “I don't wanna be nowhere else expect for Detroit City” (“Detroit”) proves.

Disposable lyrics and an overly polished sound doesn’t necessarily mean that this is a bad album, though - it’s not, although it is likely to get lost in the midst of this year’s more thought-provoking and risk-taking albums. Despite the fact that their first stab at a full-length album doesn’t leave a lasting impression, Spring King have the right people behind them, as well as an enthusiastic and ever-growing fanbase, and this can only increase their chances of becoming more successful on a wider scale in the future. Having said that, it's an achievement that, for a major label release, Tell Me If You Like To manages to fulfil its purpose perfectly - it’s catchy, accessible pop-rock that will make people happy, and the suits even happier.