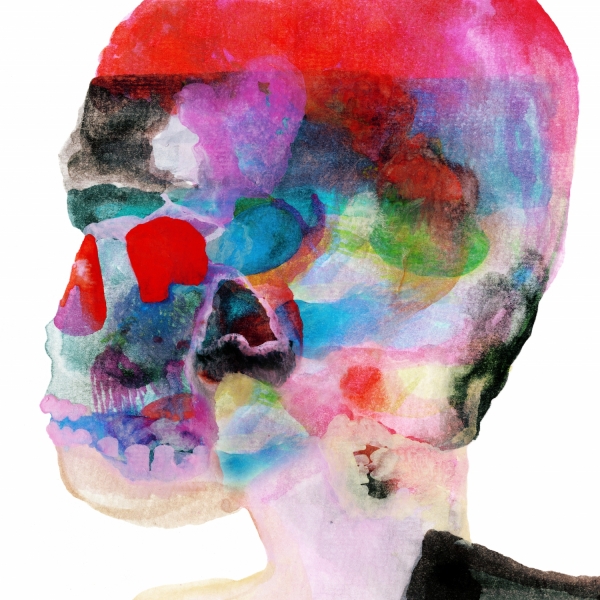 On “Nobody Gets Me But You”, the final song on Spoon’s 2010 album Transference, Britt Daniel discusses the notion that no one understands what he does, says, or means except for an unknown “you”.

As a deliberate attempt by a studio band to knock the listener off-kilter, Transference demonstrated just how far Spoon were willing to go to create surprise, even if it meant decisions like cutting songs off before their resolution or leaving some in demo form were initially read as cheap parlor tricks by fans.

But that lack of resolution is what made the record stand out in Spoon’s catalogue. Feelings were discussed and questions were asked, but nothing was solved. Still, Daniel’s longing for love and understanding from others, and how it can drive you crazy, is relatable. So when Daniel opens Hot Thoughts, Spoon’s ninth record, with, “Hot thoughts melting my mind,” you get the sense that perhaps it’s the sequel to Transference.

It turns out, though, that instead of being a sequel, Hot Thoughts is more like the offspring of Transference and 2014’s They Want My Soul. Within the first minute of the album, Daniel admits those ‘hot thoughts’ are “all in my mind, all of the time” between twitchy guitar stabs - the same twitchy guitar that’s found on Transference. But the song also features the heavily-produced, claustrophobic feel of Soul.

Thematically, Hot Thoughts is closer to Transference with abstract concepts like confusion, reality vs. fiction, and paranoia being considered. Lines like “Do I have to talk you into it?/ Does it have to make sense?,” “Everything you think we are, we are/ We’ve come to mesmerize,” and “And when you say the wrong thing/ I know I hear the right thing/ I know it’s just the same” can be found throughout.

The music evokes a complementary sense of disorientation. “WhisperI’lllistentohearit” features uneasy pulsing synths and itchy guitar before abruptly switching to a sinister lurching bassline that creates a push-pull effect while a shit-hot lead guitar attempts to make sense of it all. It’s as if the song settles into the tension and decides to use the nervous energy to propel it forward, but right as the song finally calms down into the groove, it ends just as quickly as it came. Fittingly, the last lyric is, “Show me some signs of life”.

Similarly, the sweaty funk guitar jabs of the brilliant “Can I Sit Next To You” dance around the rhythm section - soon joined by piano and hypnotic keyboards - as if beckoning you to get lost in the high-gloss production. But just as soon as you do it all fades away, leaving only the strutting guitar and the lines, “No one’s holding me back/ No one’s changing my mind no more”. Sure enough, the rest of the musical hypnosis returns as if to challenge Daniel’s words. Much like Transference, it’s a simple bait-and-switch - but it’s effective.

That Thoughts is Spoon’s most produced record to date is abundantly clear from the first listen. Spoon have always seen the studio as another instrument to play with, but Thoughts takes it one step further than Soul by being their most electronic. Even ‘classic-sounding’ Spoon songs like “Do I Have To Talk You Into It” and “Tear It Down” feature background effects and electronic flourishes, while “Shotgun”’s galloping bass finds a synth partner midway through. Likewise, multiple songs either augment or replace Jim Eno’s drums with computer-crafted beats. It’s likely that the departure of Eric Harvey (and his ticklish piano) has contributed to the sound of Thoughts; his replacement, Alex Fischel, seems to prefer synths over keys. The same goes for Soul’s producer Dave Fridmann, who returns for a second outing. Whatever the case, it’s obvious that Spoon dipping their feet into modern music trends was not a one-off event.

Indeed, this explains the pair of songs “Pink Up” and “Us”. The former has beautiful production that’s perfect for twilight hours on the beach, and whose vocals and melody are slowly pulled into the song’s warm bath soundscape by the end. The latter is an instrumental piece broken into three sections. It’s also far and away the strangest thing Spoon have ever created. Featuring a forlorn motif throughout, the first part simply establishes the repeating melody. After disappearing into a vacuum of momentary silence, the motif returns; this time, it’s joined by floating, echo-y synths and spastic percussion. Part three finds all of the song’s elements blended together to create a false sense of climax before everything fades away, leaving the despondent motif to moan all by itself just as it started.

It’s fitting that “Us” ends the album. Hot Thoughts provides no catharsis; the tension that pervades the record is never relieved. Instead, you’re left feeling nervous and covered in studio sheen. Hot Thoughts, therefore, may go down as the band’s most polarizing effort - but that was likely the goal: a buildup of anxiety with no release in order to evoke an emotional response. In that capacity, the record is a resounding success. As to whether Hot Thoughts is their best album is difficult to say - and that’s the point. Spoon want the debate about it to occur internally until you realize the only person that truly gets you is the person you’re arguing with.