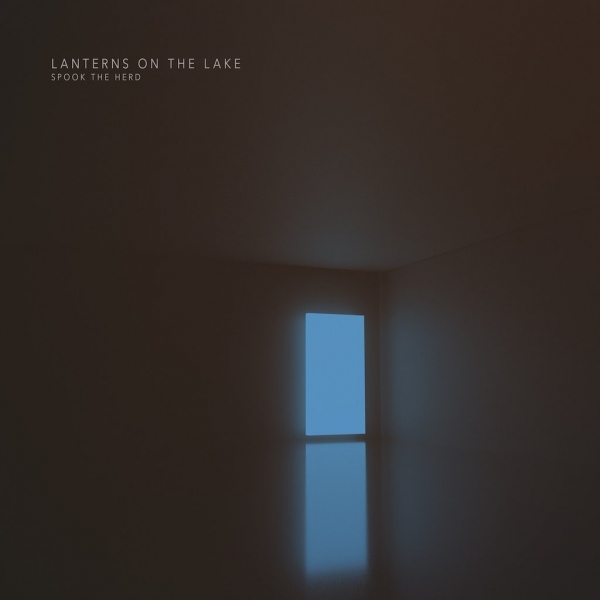 Lanterns On The Lake have been gracefully holding up a mirror to the world around them for a while now.

2013’s "Another Tale from Another English Town" was written years before there was such a word as Brexit; the bleak picture it paints of northern communities in decay now sounds stingingly prescient. Two years later, with "Faultlines", their sociopolitical slant subtly evolved, as they went from chronicling the effects of austerity to issuing a rallying cry for it to be resisted. Both Until the Colours Run and Beings were deeply imbued with a sense of righteous anger, and even when that wasn’t bubbling to the surface the way it did on those singles, Hazel Wilde was always singing about empathy, about community, about love. Even their altogether folkier debut felt tinged by the working-class musical traditions of their hometown, Newcastle-upon-Tyne. They have never existed in a vacuum.

The four-and-a-half year studio layoff between Beings and this fourth album, Spook the Herd, is explainable by a number of factors; some of them mundane (day jobs), some of them creative (the successful experiment that was their 2017 live LP with the Royal Northern Sinfonia), some of them celebratory (Wilde and guitarist Paul Gregory welcomed their first child last year). More broadly, the western world has borne witness to a rolling darkening of the political climate - Brexit, the rise of the far-right across Europe, Trump, Johnson. Plenty of bands have already responded to those issues, many of them for the first time in their careers. The question Lanterns On The Lake have to answer is how you react to disasters that your past work predicted.

There are certainly no ‘I-told-you-sos’ on Spook the Herd, but Wilde evidently does not feel now is the time for mournful reflection, either. Like Everything Everything after Get to Heaven, she has been vindicated in her expressions of concern for our direction of travel. Unlike Everything Everything after Get to Heaven, she has not changed conceptual tack, but instead casts her net ever wider. Across nine songs, she touches upon addiction, division, bereavement and the environmental crisis, sometimes head-on, sometimes obliquely, but always with personal inflections - she seems to understand where her own life dovetails with universal experiences more keenly now than ever.

There’s a couple of thematic throughlines - social media and climate change. "Baddies" wrestles with the paradox presented by the polarisation of society; that to speak out against it is, in a way, to help preserve it by drawing your own battle lines, picking your own side. "Blue Screen Beams" is a cutting look at Twitter’s echo chamber and its capacity for the distortion of reality. On the beautiful "Before They Excavate", perhaps the album’s emotional cornerstone, there’s an end-of-days urgency that repeatedly references apocalyptic changes in weather but that really is making an age-old point about the transience of all things: “some day, they’ll carbon date this whole sorry mess we made.” Wilde meets adversity with a sense that empowerment is key; in the face of so many things we can’t change, we should make the most of what we can, while we can.

That’s nothing like as downcast an outlook as it might sound on paper, especially not when the sentiment is wrapped up in tracks that suggest love as the answer (the closing one-two of "This Is Not a Drill" and "A Fitting End" especially) and not when the ideas being put forward are delivered so handsomely. In sonic terms, Spook the Herd is perhaps the softest Lanterns On The Lake record, relying on a more minimal palette than before; Gregory’s guitars, which whipped up reverb-drenched turbulence on Until the Colours Run, are pared back, no longer front and centre but instead used for colour and punctuation.

Even in the quietest moments on Beings, it felt as if there was always something ringing out, from Angela Chan’s violin to Wilde’s effect-laden vocals. There were no gaps left unfilled, as if there was anxiousness on the band’s part about giving the sound too much room to breathe, tomeander. That’s dissipated on Spook the Herd, and they sound so much freer as a result; if there’s a throughline, it’s Ol Ketteringham's drumming, which has always had a cascading, jazzy feel to it but this time out, he anchors the group in a way he hasn't previously.

The overarching effect is one of the calm during the storm, as if the realisation of some of the band’s worst fears has cleared their heads, sharpened their senses, and compelled them to look for the light breaking through the clouds, however dim. The results are musically elegant, emotionally eloquent, and absolutely vital.